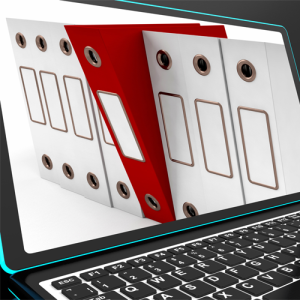 In his end-of-year report, Chief Justice John Roberts stated that the Court’s new system will allow the public to access documents filed with the Court, such as petitions, responses to petitions and merit briefs, for free on its website. Justice Roberts further indicated that he hopes the electronic filing system will be up and running by 2016.

For now, parties appearing before the Supreme Court will have to file documents in both electronic and paper form. For parties who are not represented by an attorney, such as prison inmates who often hand write petitions, the requirement will be waived, and the Court will convert the documents into electronic form.

“Once the system has operated effectively for some time and the bar has become well acquainted with it,” the Chief Justice said, “the Court expects that electronic filing will be the official means for all parties represented by counsel, but paper filings will still be required.”

In making the announcement, the Justice Roberts acknowledged that the Supreme Court is often slow to adopt new technology. “The courts will often choose to be late to the harvest of American ingenuity,” he noted.

As an example, the Chief Justice referenced the Court’s adoption of a pneumatic tube system, which used air compressors to transport documents in cylindrical containers within the Court offices. While the technology was first invented in the 1890s and widely adopted by banks, department stores and other businesses, the Supreme Court did not adopt it until 1931. It then used the system until Chief Justice Burger finally authorized its removal in 1971.

“While courts routinely consider evidence and issue decisions concerning the latest technological advances, they have proceeded cautiously when it comes to adopting new technologies in certain aspects of their own operations,” Justice Roberts explained.

While many applauded the Court’s transition to the digital age, others criticized its unwillingness to further embrace technology by allowing cameras in the courtroom.

“I agree with the chief justice that the judiciary must continue to do more to employ technology so that Americans have access to their courts.” said Senator Patrick Leahy (D-VT). “Not mentioned in his report, however, is the failure of the Supreme Court to allow even old technology, like photographs of the Supreme Court in session or live streaming of its oral arguments online.”

Chief Justice Roberts previously stated in 2006, “There’s a concern [among justices] about the impact of television on the functioning of the institution. We’re going to be very careful before we do anything that might have an adverse impact.” As his annual report confirms, he has not yet changed his position.