Raisins Are Property Too 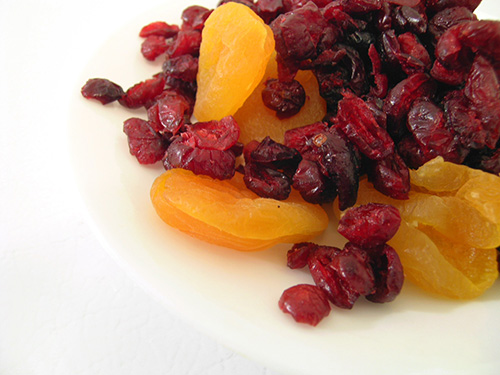 In Horne v. Department of Agriculture, the property at issue is raisins. The U.S. Supreme Court recently agreed to consider whether the government’s Fifth Amendment duty to provide just compensation when it “physically takes possession of an interest in property” applies to personal property.

California raisin growers Marvin and Laura Horne are challenging the constitutionality of a federal food reserve program, known as the Raisin Marketing Order, under which the United States Department of Agriculture (USDA) requires “handlers” of raisins to set aside portions of the raisins they obtain from raisin growers and provide them to the government. The regulations were adopted in 1937 to stabilize prices by limiting the supply of raisins on the market.

In the two years at issue in this case, 2002-2003 and 2003-2004, the USDA required transfer of 47 percent and 30 percent of each producer’s crop, respectively. The USDA paid raisin growers nothing at all for their 2003-2004 raisins, and less than the cost of production for their 2002- 2003 raisins, which the Hornes contend amounts to a government taking without just compensation.

The Fifth Amendment of the United States Constitution provides, in relevant part: “[N]or shall private property be taken for public use, without just compensation.” Based on existing Supreme Court precedent, courts apply different levels of scrutiny depending on the level of government intrusion.

For instance, in Loretto v. Teleprompter Manhattan CATV Corp., 458 U.S. 419 (1982), the Supreme Court recognized the per se or categorical rule under which any permanent physical confiscation of property that effectively destroys the rights “to possess, use and dispose of’” the property always requires just compensation.

The Hornes relied on Loretto to support their case. “Confiscation of property ownership implicates the Fifth Amendment’s categorical rule of just compensation. And yet the USDA hardly even pretends to offer just compensation in return for that appropriation,” the Hornes argued in their cert petition.

However, the Ninth Circuit Court of Appeals disagreed. It held that the Raisin Marketing Order was not a per se taking because the rule does not apply to “controversies involving personal property,” such as raisins, but only to real property.

The primary issue before the Supreme Court is whether the Takings Clause of the Fifth Amendment applies equally to both real property and personal property. The Ninth Circuit’s distinction departed from the Fifth, Sixth, Seventh, Tenth, and D.C. Circuits. Accordingly, the Court must address whether the appeals court erred in finding that the government confiscation of personal property is never subject to Loretto’s per se rule.

In addition, the Court has also agreed to consider two other related issues: (1) whether the government may avoid the categorical duty to pay just compensation for a physical taking of property by reserving to the property owner a contingent interest in a portion of the value of the property, set at the government’s discretion; and (2) whether a governmental mandate to relinquish specific, identifiable property as a “condition” on permission to engage in commerce effects a per se taking.