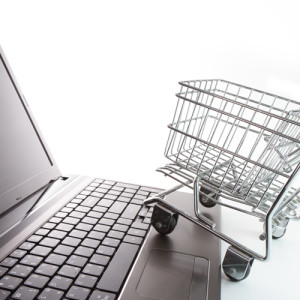 The U.S. Supreme Court gave online retailers a significant victory in the Direct Marketing Association v. Brohl case,when it held that the Tax Injunction Act (TIA) does not prohibit them from challenging a Colorado sales tax scheme that requires out-of-state retailers to collect and report information about consumer purchases.

It is unclear, however, how long the ruling in Direct Marketing Association v. Brohl will stand. In a concurring opinion, Justice Anthony Kennedy expressly called on the Court to overturn Quill v. North Dakota, 504 U.S. 298 (1992), in which the justices previously held that state laws requiring retailers that do not have a physical presence in the state to collect a use tax are unconstitutional under the Commerce Clause.

To increase the likelihood that consumers will remit the use tax owed on online purchases, Colorado passed a tax law that created several new reporting obligations for out-of-state retailers that do not collect sales tax. It specifically required retailers to notify any Colorado customer of the state’s sales and use tax requirement and to report tax-related information to those customers and the Colorado Department of Revenue.

Shortly after the law was passed, the Direct Marketing Association (DMA) filed suit in the United States District Court for the District of Colorado, challenging its constitutionality. The district court ruled in favor of the DMA on each of the Commerce Clause claims and entered a permanent injunction. The Tenth Circuit Court of Appeal subsequently vacated the judgment, concluding that the Tax Injunction Act (TIA) divested the federal courts of jurisdiction over the case.

The TIA provides, with regard to federal court jurisdiction, that “[t]he district courts shall not enjoin, suspend or restrain the assessment, levy or collection of any tax under State law where a plain, speedy and efficient remedy may be had in the courts of such State.” The intent of the federal law is to deter federal court challenges brought by taxpayers seeking to circumvent state administrative procedures for contested state tax assessments. DMA appealed to the Supreme Court, asking the justices to resolve a Circuit split regarding the scope of the TIA.

In a unanimous decision, the Supreme Court held that the TIA does not bar the exercise of federal court jurisdiction over the suit.

In a decision that rested solely on the Court’s interpretation of the statute, the Court concluded that the relief sought by DMA would not “enjoin, suspend or restrain the assessment, levy or collection” of Colorado’s sales and use taxes. As further explained by Justice Clarence Thomas, the terms “assessment,” “levy,” and “collection” as used in the TIA do not encompass Colorado’s notice and reporting obligations. Rather, when considered in light of the Federal Tax Code, they refer to discrete phases of the taxation process that do not include informational notices or private reports of information relevant to tax liability.

The Court also rejected the Tenth’s Circuit broad interpretation of the term “restrain.” According to the justices, DMA’s suit cannot be understood to “restrain” the “assessment, levy or collection” of Colorado’s sales and use taxes merely because it may inhibit those activities.

Finally, the Court declined to address whether DMA’s lawsuit might be barred under the “comity doctrine,” which “counsels lower federal courts to resist engagement in certain cases falling within their jurisdiction.” Rather, the Court states that it would be up to the Tenth Circuit to decide on remand whether the comity argument remains available to Colorado.