When Does Redistricting Violate the Voting Rights Act? 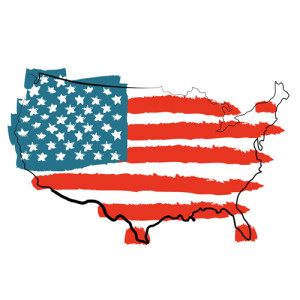 The U.S. Supreme Court recently issued its much-anticipated decision in Alabama Legislative Black Caucus v. Alabama and Alabama Democratic Conference v. Alabama, which addressed whether the state of Alabama engaged in racial gerrymandering during its latest round of redistricting.

Given that the Court sent the case back to the federal court, it is still unclear whether the state’s redistricting plan will stand. However, at least one justice predicts that the majority decision will have a significant impact on voting rights jurisprudence.

As detailed in greater depth in our case preview of the redistricting cases, the two lawsuits alleges that Alabama lawmakers engaged in “racial gerrymandering” by placing too much emphasis on race when drawing up legislative boundaries. They specifically maintain that the redistricting plans, which pack a large number of minority voters into a small number of districts, violate the First Amendment, the Equal Protection Clause of the Fourteenth Amendment, the Fifteenth Amendment, and Section 2 of the Voting Rights Act of 1965.

A divided three-judge federal panel found that the redistricting plan complied with the U.S. Constitution and the Voting Rights Act. The majority found that the new maps did not interfere with black voters’ ability to participate in the political process, citing that “[m]ajority-black districts are roughly proportional to the black voting-age population in Alabama.”

By a vote of five to four, the U.S. Supreme Court sent the redistricting case back to the lower court after concluding that it applied the incorrect legal standard. According to the majority, the court should have considered the plaintiffs’ claims on a district-by-district basis rather determining if the whole redistricting plan was unconstitutional.

“A racial gerrymandering claim must have to do with the boundaries of individual districts,” Justice Stephen Breyer stated in his summary of the opinion from the bench. “Indeed, a purely statewide claim is a legal unicorn.”

While the majority did not render an official decision on the constitutionality of the redistricting plan, it did offer guidance to the lower court that suggested at least some of the districts do not pass muster. The Court took issue with the district court’s holding that “[r]ace was not the predominant motivating factor” in the creation of any of the challenged districts.” It found that the district court’s analysis was flawed because an equal population goal is not one of the “traditional” factors to be weighed against the use of race to determine whether race predominates. Rather, Justice Breyer explained, “[I]t is part of the redistricting background, taken as a given, when determining whether race, or other factors, predominate in a legislator’s determination as to how equal population objectives will be met.”

Justice Antonin Scalia, who authored the chief dissenting opinion, characterized the majority decision as “a sweeping holding that will have profound implications for the constitutional ideal of one person, one vote, for the future of the Voting Rights Act of 1965, and for the primacy of the State in managing its own elections.”

Justices Clarence Thomas wrote a separate dissent, which lamented the Court’s voting rights jurisprudence and the “uses to which the Voting Rights Act has been put” by the Justice Department and groups like the American Civil Liberties Union. He added, “I do not pretend that Alabama is blameless when it comes to its sordid history of racial politics. But today, the state is not the one that is culpable.”