Fourth Amendment and Technology: Can They Co-Exist? 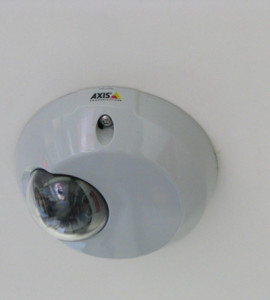 In a brief per curium opinion, the U.S. Supreme Court recently held that lifetime monitoring of a convicted sex-offender could run afoul of the constitutional right to be free from unreasonable searches and seizures.

The decision in Torrey Dale Grady v. North Carolina builds on the Court’s prior decisions regarding the relationship between the Fourth Amendment and technology.

Torrey Dale Grady was convicted of two sexual crimes in North Carolina. After serving his sentence for the second crime, the state wanted subject him to satellite-based monitoring (SBM) as a recidivist sex offender. At his hearing, Grady argued that the monitoring program—under which he would be forced to wear tracking devices at all times—would violate his Fourth Amendment right to be free from unreasonable searches and seizures. The trial court ordered Grady to enroll in the program and be monitored for the rest of his life.

On appeal, Grady relied on the Supreme Court’s decision in United States v. Jones, 565 U. S. ___ (2012) to support his Fourth Amendment claim. In that case, the Court held that police officers had engaged in a “search” within the meaning of the Fourth Amendment when they installed and monitored a Global Positioning System (GPS) tracking device on a suspect’s car. However, the North Carolina Court of Appeals rejected Grady’s argument, concluding that it was bound by one of its earlier decisions, coincidentally captioned State v. Jones. In that case, the North Carolina court had said:

Defendant essentially argues that if affixing a GPS to an individual’s vehicle constitutes a search of the individual, then the arguably more intrusive act of affixing an ankle bracelet to an individual must constitute a search of the individual as well. We disagree. The context presented in the instant case—which involves a civil SBM proceeding—is readily distinguishable from that presented in [United States v.] Jones, where the Court considered the propriety of a search in the context of a motion to suppress evidence. We conclude, therefore, that the specific holding in [United States v.] Jones does not control in the case sub judice.

The U.S. Supreme Court unanimously agreed that the North Carolina court got it wrong. With regard to the Court’s decision in United States v. Jones, it wrote:

The only explanation provided below for the rejection of Grady’s challenge is the quoted passage from State v. Jones. And the only theory we discern in that passage is that the State’s system of nonconsensual satellite-based monitoring does not entail a search within the meaning of the Fourth Amendment. That theory is inconsistent with this Court’s precedents.

The Court also rejected the state’s argument that the Jones decision did not apply because the monitoring program is civil in nature. As the opinion explains:

It is well settled,” however, “that the Fourth Amendment’s protection extends beyond the sphere of criminal investigations,” Ontario v. Quon, 560 U. S. 746, 755 (2010), and the government’s purpose in collecting information does not control whether the method of collection constitutes a search. A building inspector who enters a home simply to ensure compliance with civil safety regulations has undoubtedly conducted a search under the Fourth Amendment.

The Court did not go so far as ruling that the monitoring constituted an unreasonable search. Rather, it vacated the judgment of the Supreme Court of North Carolina and remanded the case for further proceedings consistent with its decision.