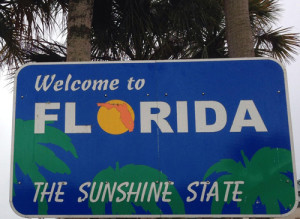 There are acceptable limits to free speech in some campaign finance laws for the Roberts Court, at least when it comes to judges elected by popular vote.

In a case regarding campaign finance laws, Williams-Yulee v. The Florida Bar, the majority of the Supreme Court ruled that the government could place restrictions on personal solicitations of campaign funds by judicial candidates

Petitioner Lanell Williams-Yulee sought election as a County Court Judge in Hillsborough County, Florida. Shortly after she registered as a judicial candidate, she sent out a mass mailing announcing her candidacy and seeking campaign contributions. The Florida Supreme Court publicly sanctioned Yulee for violating the Canon 7C(1) of the Florida Code of Judicial Conduct, which prohibits candidates for an elected judicial office from personally soliciting campaign funds.

In her defense, Yulee argued that Canon 7C(1) violates the First Amendment. The Florida Supreme Court upheld the sanction upon determining that “Florida has ‘a compelling state interest in preserving the integrity of [its] judiciary and maintaining the public’s confidence in an impartial judiciary.’” Yulee appealed to the U.S. Supreme Court, citing a circuit split on the issue of whether restrictions like Canon 7C(1) are constitutional.

By a vote of 5-4, the Supreme Court held that Florida’s rule of judicial conduct that bans candidates for judicial office from personally soliciting campaign funds does not run afoul of the First Amendment.

In an opinion authored by Chief Justice John Roberts, the Court made a clear distinction between politicians and judges, emphasizing that public confidence in the judiciary is undermined when judicial candidates can personally ask for contributions. Accordingly, the Court found that Florida had a compelling interest in restricting personal solicitation. As explained in the opinion:

Florida’s interest in preserving public confidence in the integrity of its judiciary is compelling. The State may conclude that judges, charged with exercising strict neutrality and independence, cannot supplicate campaign donors without diminishing public confidence in judicial integrity. Simply put, the public may lack confidence in a judge’s ability to administer justice without fear or favor if he comes to office by asking for favors.

The majority also rejected Yulee’s argument that the campaign finance rule restricts too much speech, noting that judicial candidates can still solicit votes in a number of other ways. “It leaves judicial candidates free to discuss any issue with any person at any time; to write letters, give speeches, and put up billboards; to contact potential supporters in person, on the phone, or online; and to promote their campaigns through the media. Though they cannot ask for money, they can direct their campaign committees to do so,” the opinion highlights.

Opponents of the Citizens United line of cases might use this case to point to a shift in the thinking of the Roberts Court. However, given the narrow rule at issue, it is unlikely that the Court has significantly shifted on its approach to free speech and elections.