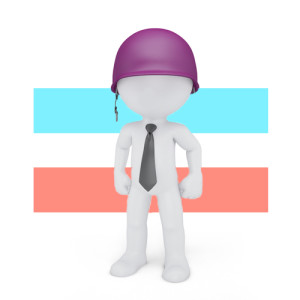 In United States v. Guest, 383 U.S. 745 (1966), the U.S. Supreme Court held that violations of the Fourteenth Amendment can serve as grounds for criminal charges under a federal conspiracy law that makes it a crime to “injure, oppress, threaten, or intimidate any citizen in the free exercise or enjoyment of any right or privilege secured to him by the Constitution or laws of the United States.”

Following the shooting death of Lemuel Penn, an African American reserve officer, the six defendants in this case were indicted by a United States grand jury for criminal conspiracy in violation of 18 U. S. C. § 241 (1964 ed.). That section provides in relevant part:

If two or more persons conspire to injure, oppress, threaten, or intimidate any citizen in the free exercise or enjoyment of any right or privilege secured to him by the Constitution or laws of the United States, or because of his having so exercised the same…They shall be fined not more than $5,000 or imprisoned not more than ten years, or both.

The Court held that 18 U.S.C. §241 of the Criminal Code could be applied to protect the rights of equal protection and due process secured by the Fourteenth Amendment to the United States Constitution.

On the same day it published its decision in Guest, the Court also decided United States v. Price, in which the Court held that Fourteenth Amendment due process rights were covered by the criminal conspiracy statute. The justices concluded that there was “no possible reason suggests itself for concluding that 241 – if it protects Fourteenth Amendment rights – protects rights secured by the one Clause but not those secured by the other. We have made clear in Price that when 241 speaks of ‘any right or privilege secured . . . by the Constitution or laws of the United States,’ it means precisely that.”

The Court also emphasized that the involvement of the State does not to be either exclusive or direct. “In a variety of situations the Court has found state action of a nature sufficient to create rights under the Equal Protection Clause even though the participation of the State was peripheral, or its action was only one of several co-operative forces leading to the constitutional violation,” the opinion explains.

In this case, the justices decided that they were not required to make a determination of the threshold level that state action must attain in order to create rights under the Equal Protection Clause because held that the indictment contained an express allegation of state involvement sufficient at least to require the denial of a motion to dismiss. In support of this conclusion, the Court noted that the defendants attempted to have African-Americans arrested by filing false criminal reports, which necessitates the involvement of law enforcement officials.