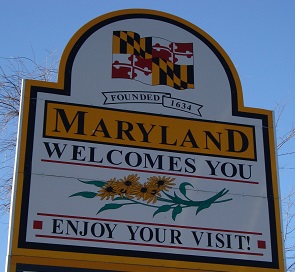 In a 5-4 decision, the U.S. Supreme Court recently held that the state of Maryland’s tax scheme is unconstitutional.

Since it fails to recognize taxes paid in other states, the Court found that the state’s personal income tax system violates the dormant Commerce Clause.

The Maryland Tax Court affirmed the decision, but the Circuit Court for Howard County reversed, finding that Maryland’s personal tax system violated the Commerce Clause of the Federal Constitution. The Court of Appeals of Maryland affirmed and held that the tax unconstitutionally discriminated against interstate commerce.

The Commerce Clause expressly grants Congress power to “regulate Commerce . . . among the several States.” However, it also contains an unwritten restriction on the power of the states. Under the “dormant” Commerce Clause doctrine, states are precluded from “discriminat[ing] between transac­tions on the basis of some interstate element.”

Accordingly, a State “may not tax a transaction or incident more heavily when it crosses state lines than when it occurs entirely within the State.” Armco Inc. v. Hardesty, 467 U. S. 638, 642 (1984). “Nor may a State impose a tax which discriminates against interstate commerce either by providing a direct commercial advantage to local business or by sub­jecting interstate commerce to the burden of ‘multiple taxation.’”

Since the Dormant Commerce Clause does not explicitly stem from any textual provision, but rather is entirely implied from the Commerce Clause, it a the subject of frequent criticism from originalists, who view the Constitution’s text as fixed at the time of enactment. Comptroller v. Wynne is no exception.

Justice Alito wrote the majority opinion, which was joined by the Chief Justice and Justices Kennedy, Breyer and Sotomayor. According to the majority, the Court’s existing dormant Commerce Clause cases “all but dictate the result reached in this case by Maryland’s high­est court.”

In reaching its decision, the majority relied on several cases in which the Court struck down a state tax scheme that might have resulted in the double taxa­tion of income earned out of the State and that discrimi­nated in favor of intrastate over interstate economic activ­ity. With regard to Maryland’s tax scheme, the Court found that because it “creates an incentive for taxpayers to opt for intrastate rather than interstate economic activity, the law “has the same economic effect as a state tariff, the quintessential evil targeted by the dormant Commerce Clause.”

The justices of the Roberts Court clearly have very differing opinions regarding the validity and application of the Dormant Commerce Clause. It will be interesting to see how the Court’s jurisprudence evolves, as the justices have several other cases on the docket involving restrictions on inter-state commerce.