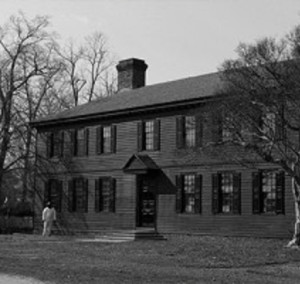 Accordingly, the Court invalidated a statute enacted by the State of New Hampshire seeking to alter the charter of Dartmouth College and convert it to a public university.

In 1769 the British Crown granted a charter to Dartmouth College, which set forth the purpose of the school, established a governance structure, and transferred land to the college. In 1816 the State Legislature of New Hampshire sought to alter the charter without the consent of the college’s board of trustees, with the ultimate goal of converting the private college into a public university. The legislative changes increased the number of trustees, authorized the state governor to appoint trustees, created a new state board with the power to veto trustee decisions, and seized the college’s book of records, corporate seal, and other corporate property. The trustees of the College filed suit, alleging that the actions of the New Hampshire legislature were unconstitutional.

When they ratified the Constitution, the states surrendered a portion of their sovereignty in favor of the federal government. Pursuant to Article I, Section 10:

No State shall enter into any Treaty, Alliance, or Confederation; grant Letters of Marque and Reprisal; coin Money; emit Bills of Credit; make any Thing but gold and silver Coin a Tender in Payment of Debts; pass any Bill of Attainder, ex post facto Law, or Law impairing the Obligation of Contracts, or grant any Title of Nobility…

Of the many limitations placed on the states, the “Contracts Clause” has received the most attention. In basic terms, it prohibits states from making laws that interfere with contracts that have already been created.

By a vote of 6-1, the Supreme Court sided with Dartmouth College. Chief Justice John Marshall wrote on behalf of the majority, holding:

The charter granted by the British Crown to the trustees of Dartmouth College, in New Hampshire, in the year 1769, is a contract within the meaning of that clause of the Constitution of the United States, art. 1, s. 10, which declares that no state shall make any law impairing the obligation of contracts.

In reaching its decision, the majority clarified that the Contracts Clause applied to individual property rights and not to “the political relations between the government and its citizens”.

“The provision of the Constitution never has been understood to embrace other contracts than those which respect property, or some object of value, and confer rights which may be asserted in a court of justice,” Chief Justice Marshall further explained.

Applying this reasoning, the Court further held that the state could not interfere with the college’s corporate charter because it constituted a contract between private parties. “That a corporation is established for purposes of general charity, or for education generally does not, per se, make it a public corporation, liable to the control of the legislature,” the majority concluded. Accordingly, it struck down the New Hampshire law as unconstitutional.