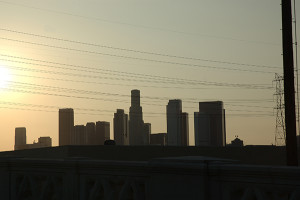 On June 22, 2015, the U.S. Supreme Court struck down a City of Los Angeles ordinance that required hotel operators to allow law enforcement to inspect guest registries without obtaining a warrant.

The 5-4 majority in City of Los Angeles v. Patel, 576 U. S. ____ (2015), held that the ordinance was facially unconstitutional because it does not allow for hotel operators to engage in pre-compliance review by challenging the reasonableness of the subpoena in court.

Los Angeles Municipal Code § 41.49 requires hotel and motel operators to collect and record detailed information about their guests in either paper or electronic form. The records must contain: the guest’s name and address; the number of people in the guest’s party; the make, model, and license plate number of the guest’s vehicle if the vehicle will be parked on hotel property; the guest’s date and time of arrival and scheduled date of departure; the room number assigned to the guest; the rate charged and the amount collected for the room; and the method of payment.

The plaintiffs, which include several hotel and motel operators in the Los Angeles area, did not oppose the ordinance’s record-keeping requirements. Rather, they challenged that its warrantless inspection requirement, under which hotel guest records “shall be made available to any officer of the Los Angeles Police Department for inspection,” provided that, “[w]henever possible, the inspection shall be conducted at a time and in a manner that minimizes any interference with the operation of the business.” Failure to comply with an officer’s inspection demand is a misdemeanor, punishable by up to six months in jail and a $1,000 fine.

Because prior court authorization is not required, the plaintiffs maintain that the ordinance is facially invalid under the Fourth Amendment. The Ninth Circuit Court of Appeals agreed, concluding that the municipal ordinance was unconstitutional in that it authorized inspections of the motel records without affording an opportunity to obtain prior judicial review.

By a vote of 5-4, the Supreme Court ruled that the Los Angeles ordinance is facially unconstitutional because it fails to provide the operators with an opportunity for pre-compliance review. Justice Sotomayor authored the majority opinion, in which Justices Breyer, Kennedy, Ginsburg, and Kagan joined.

With regard to the Los Angeles ordinance, the Court held that arresting a hotel owner who refuses to give an officer access to his or her registry is “unreasonable.” According to the Court, “Absent consent, exigency, or the like, in order for an administrative search to be constitutional, the subject of the search must be afforded the opportunity to obtain pre-compliance review before a neutral decision maker.”

In accordance with the majority decision, the “opportunity for pre-compliance review” is required for nearly all governmental inspection programs, excluding only those in four closely regulated industries (firearms dealing, liquor sales, mining, and automobile junkyards).