Miranda vs Arizona: The Bedrock of Criminal Law 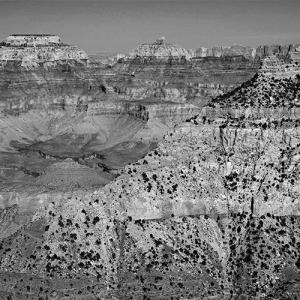 By a vote of 5-4, the majority held that in Miranda vs Arizona the prosecution may not use statements obtained from a defendant during custodial interrogation, unless it “demonstrates the use of procedural safeguards effective to secure the privilege against self- incrimination.”

The Court considered four separate cases, all of which involved whether law enforcement officers can interrogate suspects in police custody without first notifying them of their right to counsel and their protection against self-incrimination. In each case, the defendant was questioned by police officers, detectives, or a prosecuting attorney in a room in which he was cut off from the outside world. The defendants were not given any warnings about their Fifth Amendment rights at the outset of the interrogation process. In all cases, the questioning elicited oral admissions, and in three of them, signed statements. The statements were admitted at their trials, all of which resulted in convictions.

The Legal Background of Miranda vs Arizona

The rights of criminal defendants are set forth in the Fifth Amendment, which states:

No person shall be held to answer for a capital, or otherwise infamous crime, unless on a presentment or indictment of a Grand Jury, except in cases arising in the land or naval forces, or in the Militia, when in actual service in time of War or public danger; nor shall any person be subject for the same offence to be twice put in jeopardy of life or limb; nor shall be compelled in any criminal case to be a witness against himself, nor be deprived of life, liberty, or property, without due process of law; nor shall private property be taken for public use, without just compensation.

The right to not have to “self-incriminate” is one of the most well-known of the Fifth Amendment protections. As established by Court precedent, the privilege against compelled self-incrimination is defined as “the constitutional right of a person to refuse to answer questions or otherwise give testimony against himself or herself…”

In each case, the majority concluded that in Miranda vs Arizona the statements were obtained under circumstances that did not meet constitutional standards for protection of the Fifth Amendment’s privilege against self-incrimination.

Chief Justice Earl Warren summarized the Court’s chief holding as follows: “[T]he prosecution may not use statements, whether exculpatory or inculpatory, stemming from custodial interrogation of the defendant unless it demonstrates the use of procedural safeguards effective to secure the privilege against self-incrimination.”

The Court further defined custodial interrogation as questioning initiated by law enforcement officers after a person has been taken into custody or otherwise deprived of his freedom of action in any significant way.

In concluding that the privilege against self-incrimination is fully applicable during a period of custodial interrogation, the majority opinion highlighted that “the process of in-custody interrogation of persons suspected or accused of crime contains inherently compelling pressures which work to undermine the individual’s will to resist and to compel him to speak where he would not otherwise do so freely.”

To combat these pressures, the Court’s decision regarding Miranda vs Arizona also established the procedures that law enforcement must take to protect an individual’s Fifth Amendment right during police interrogation, which are now commonly referred to as “Miranda warnings.” As set forth in the opinion:

The Court further added in Miranda vs Arizona that defendants may waive the above rights, provided they do so voluntarily, knowingly and intelligently. Should defendants express a desire to consult with an attorney at any stage of the process, the questioning must stop. Similarly, if the individual is alone and indicates in any manner that he does not wish to be interrogated, the police may not question him. The Court further noted, “The mere fact that he may have answered some questions or volunteered some statements on his own does not deprive him of the right to refrain from answering any further inquiries until he has consulted with an attorney and thereafter consents to be questioned.”