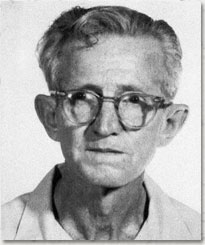 In Gideon v. Wainwright, 372 U.S. 335 (1963), the U.S. Supreme Court held that the Sixth Amendment’s guarantee of counsel applies to the states via the Due Process Clause of the Fourteenth Amendment.
The Court’s unanimous decision expressly overruled the Court’s earlier decision in Betts v. Brady, 316 U.S. 455 (1942).

After being charged in a Florida State Court with breaking and entering with the intent to commit a misdemeanor, a noncapital felony, Clarence Earl Gideon appeared in court and asked the Court to appoint counsel for him. His request was denied on the ground that Florida state law permitted appointment of counsel for indigent defendants in capital cases only.

Gideon subsequently conducted his own defense, but he was convicted and sentenced to imprisonment. Subsequently, he applied to the State Supreme Court for a writ of habeas corpus, arguing that the failure to appoint counsel violated his rights under the U.S. Constitution. After the State Supreme Court denied all relief, Gideon filed a hand-written petition with the U.S. Supreme Court. The justices granted review to determine whether the Sixth Amendment right to counsel applies to state court defendants.

The Sixth Amendment provides, “In all criminal prosecutions, the accused shall enjoy the right . . . to have the Assistance of Counsel for his defense.”

The Supreme Court previously interpreted the Sixth Amendment to mean that counsel must be provided for defendants in federal courts who unable to employ counsel unless the right is competently and intelligently waived. In Betts v. Brady, the Court concluded that the right to counsel is not extended to indigent defendants in state courts by the Fourteenth Amendment.

In reaching its decision, the Court stated that “reason and reflection require us to recognize that in our adversary system of criminal justice, any person hauled into court, who is too poor to hire a lawyer, cannot be assured a fair trial unless counsel is provided for him.”

Justice Black further noted that the “noble ideal” of “fair trials before impartial tribunals in which ever defendant stands equal before the law . . . cannot be realized if the poor man charged with crime has to face his accusers without a lawyer to assist him.”