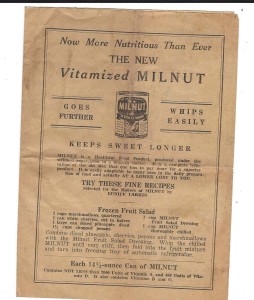 However, the case is more famous for “Footnote Four,” in which the Court first introduced the concept that all laws should not be subject to the same level of judicial scrutiny.

In 1923, Congress passed Filled Milk Act, which established that filled milk (milk with other fat or oil added) “is an adulterated article of food, injurious to the public health, and its sale constitutes a fraud upon the public.” The law further prohibited and penalizes the shipment of filled milk in interstate commerce. The defendant, Carolene Products Company., was indicted for shipping interstate certain packages of an article described in the indictment as a compound of condensed skimmed milk and coconut oil made in the imitation or semblance of condensed milk or cream. The company challenged the Filled Milk Act as unconstitutional. The district court granted the defendant’s motion to dismiss the charges, and the Seventh Circuit Court of Appeals affirmed.

The Court upheld the law, concluding that it was “presumptively within the scope of the power to regulate interstate commerce and consistent with due process.” Justice Harlan Stone wrote the majority opinion, which was joined by Chief Justice Charles E. Hughes and Justices Louis Brandeis, Owen J. Roberts, Hugo Black.

In support of its decision, the Court noted that “Congress is free to exclude from interstate commerce articles whose use in the states for which they are destined it may reasonably conceive to be injurious to the public health, morals or welfare.” In this case, it noted that the Filled Milk Act was sufficiently supported by legislative findings and was not arbitrary or irrational.

While the Court’s holding added to Commerce Clause jurisprudence, the decision is most remembered for a footnote to Stone’s opinion for the Court. It stated:

There may be narrower scope for operation of the presumption of constitutionality when legislation appears on its face to be within a specific prohibition of the Constitution, such as those of the first ten amendments, which are deemed equally specific when held to be embraced within the Fourteenth…

It is unnecessary to consider now whether legislation which restricts those political processes which can ordinarily be expected to bring about repeal of undesirable legislation, is to be subjected to more exacting judicial scrutiny under the general prohibitions of the Fourteenth Amendment than are most other types of legislation…

Nor need we inquire whether similar considerations enter into the review of statutes directed at particular religious … or national … or racial minorities…; whether prejudice against discrete and insular minorities may be a special condition, which tends seriously to curtail the operation of those political processes ordinarily to be relied upon to protect minorities, and which may call for a correspondingly more searching judicial inquiry…

Although it was tucked into a footnote, the Court’s opinion in U.S. v. Carolene Products Company. first suggested that certain types of legislation are entitled to a presumption of constitutionality, while others, including those that discriminate against minorities, should be subject to closer, more strict scrutiny.