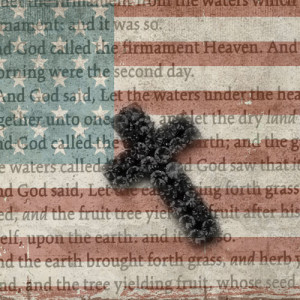 A unanimous Court specifically held that arresting Jehovah’s Witnesses who were proselytizing door-to-door and charging them for failure to obtain a solicitation license and breach of the peace violated their constitutional rights.

The Facts of Cantwell v. Connecticut

Newton Cantwell and his two sons, Jesse and Russell, members of the Jehovah’s Witnesses, were arrested in New Haven, Connecticut while proselytizing in a predominantly Catholic neighborhood. The three defendants knocked on doors and approached people on the sidewalk with books, pamphlets, and a portable phonograph with sets of records. After hearing a record called “Enemies” that attacked the Catholic religion, two men became angry and a fight nearly broke out.

The Cantwell’s were charged and convicted of violating a Connecticut statute requiring solicitors to obtain a certificate from the Secretary of the Public Welfare council and inciting a breach of the peace. The defendants challenged their convictions, alleging that they violated the due process clause of the Fourteenth Amendment because they denied them freedom of speech and prohibited their free exercise of religion.

The Court unanimously reversed the convictions in the Cantwell v. Connecticut. As Justice Owen Roberts explained in his opinion, “To condition the solicitation of aid for the perpetuation of religious views or systems upon a license, the grant of which rests in the exercise of a determination by state authority as to what is a religious cause, is to lay a forbidden burden upon the exercise of liberty protected by the Constitution.”

The Court further clarified  in Cantwell v. Connecticut that while the freedom of conscience and of religious belief is absolute, the freedom to act in the exercise of religion is subject to regulation for the protection of society. These regulations, however, do have limits and must not unduly infringe religious freedom.

With regard to the Connecticut solicitation statute, the Court concluded:

A state statute which forbids any person to solicit money or valuables for any alleged religious cause, unless a certificate therefor shall first have been procured from a designated official, who is required to determine whether such cause is a religious one and who may withhold his approval if he determines that it is not, is a previous restraint upon the free exercise of religion, and a deprivation of liberty without due process of law in violation of the Fourteenth Amendment.