Furman v. Georgia: The Constitutionality of the Death Penalty 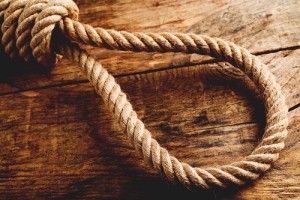 In Furman v. Georgia, 408 U.S. 238 (1972), a divided U.S. Supreme Court held that the death penalty could violate the Eighth Amendment’s prohibition on cruel and unusual punishment if not imposed fairly. The decision imposed a brief moratorium on the death penalty and forced state and federal lawmakers to refine their criminal statutes in order to ensure that capital punishment would be neither arbitrary nor discriminatory.

The Facts of Furman v. Georgia

Defendant William Henry Furman was charged with capital murder after killing the occupant of a house he was attempting to burglarize. Furman maintained that the gun went off when he tripped and fell trying to flee the house. Nonetheless, he was tried for murder and sentenced to death. He challenged his sentence, alleging that the imposition and execution of the death penalty constituted “cruel and unusual punishment” within the meaning of the Eighth Amendment.

In deciding Furman’s challenge, the Court also considered two other cases involving the death penalty. Jackson v. Georgia challenged the constitutionality of capital punishment for rape, while Branch v. Texas involved a murder conviction. All of the defendants were African American.

The Eighth Amendment provides: “Excessive bail shall not be required, nor excessive fines imposed, nor cruel and unusual punishments inflicted.” The Cruel and Unusual Punishments Clause is fully applicable to the States through the Due Process Clause of the Fourteenth Amendment.

The majority of the Court held that the imposition and carrying out of the death penalty in each of the cases constituted cruel and unusual punishment in violation of the Eighth and Fourteenth Amendments. However, the justices did not agree on the reasoning behind the decision. Justices Potter Stewart, Byron White, Thurgood Marshall, and William O. Douglas wrote their own concurring opinions in which no others joined.

We cannot say from facts disclosed in these records that these defendants were sentenced to death because they were black. Yet our task is not restricted to an effort to divine what motives impelled these death penalties. Rather, we deal with a system of law and of justice that leaves to the uncontrolled discretion of judges or juries the determination whether defendants committing these crimes should die or be imprisoned. Under these laws no standards govern the selection of the penalty. People live or die, dependent on the whim of one man or of 12.

The opinions of Justices Brennan and Marshall went even further. They argued that the death penalty was unconstitutional in any circumstance.

Chief Justice Warren E. Burger and Justices Harry Blackmun, Lewis F. Powell, and William H. Rehnquist all dissented. In support of the death penalty, the justices pointed to a long history of imposing capital punishment for the most serious crimes.