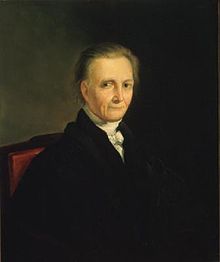 Although he authored the opinion while sitting as a circuit judge, this early reference to fundamental rights not expressly stated in the Constitution foreshadows Twentieth Century Constitutional law. What is even more interesting about Corfield is that Justice Washington had no problem applying the Article 4, Section 2 Privileges and Immunities Clause to the states. A decade later, Justice Marshall’s opinion in Barron ex rel. Tiernan v. Mayor of Baltimore, 7 Pet. 243 (1833) holds that the Bill of rights does not apply to the states. Under Marshall’s reasoning, the articles, including the privileges and immunities clause, do not apply to the states either although Corfield was never reversed.

Mr. Corfield, a citizen of Delaware, challenged the validity of a New Jersey statute which prohibited “any person who is not, at the time, an actual inhabitant and resident in this State” from raking or gathering “clams, oysters or shells” in any of the waters of the State, or on board any vessel “not wholly owned by some person, inhabitant of and actually residing in this State…”

Corfield argued that the New Jersey law violated the U.S. Constitution’s “Privileges and Immunities Clause.” Article IV, Section 2 of the Constitution specifically states that “the citizens of each state shall be entitled to all privileges and immunities of citizens in the several states.”

As stated by Justice Washington, the central issue in the case was how to define the “privileges and immunities of citizens in the several States.” In the court’s opinion, the protection afforded by the Constitution extends only to fundamental rights.

“We feel no hesitation in confining these expressions to those privileges and immunities which are, in their nature, fundamental; which belong, of right, to the citizens of all free governments; and which have, at all times, been enjoyed by the citizens of the several States which compose this Union,” Justice Washington’s opinion explains.

While Justice Washington acknowledged that it would be too tedious to list all of the fundamental rights, he provided the following list:

Protection by the Government; the enjoyment of life and liberty, with the right to acquire and possess property of every kind, and to pursue and obtain happiness and safety; subject nevertheless to such restraints as the Government must justly prescribe for the general good of the whole. The right of a citizen of one State to pass through, or to reside in any other State, for purposes of trade, agriculture, professional pursuits, or otherwise; to claim the benefits of the writ of habeas corpus; to institute and maintain actions of any kind in the courts of the State; to take, hold and dispose of property, either real or personal; and an exemption from higher taxes or impositions than are paid by the other citizens of the State…

With regard to specific issues of the case, the court held that the State of New Jersey was not required to grant “co-tenancy in the common property of the State, to the citizens of all the other States.” Accordingly, it found the state statute was constitutional. In highlighting the boundaries of the Privileges and Immunities Clause, Justice Washington wrote:

We cannot accede to the proposition . . . that, under this provision of the Constitution, the citizens of the several States are permitted to participate in all the rights which belong exclusively to the citizens of any particular State, merely upon the ground that they are enjoyed by those citizens; much less, that in regulating the use of the common property of the citizens of such State, the legislature is bound to extend to the citizens of all other States the same advantages as are secured to their own citizens.