Barron ex rel. Tiernan v. Mayor of Baltimore: The Limits of the Bill of Rights 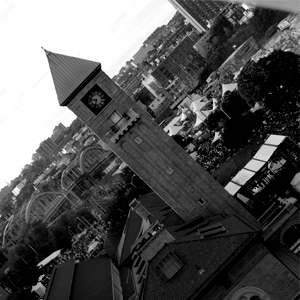 In Barron ex rel. Tiernan v. Mayor of Baltimore, 7 Pet. 243 (1833), the U.S. Supreme Court held that the Bill of Rights placed limits on the national government and not on state governments.

The Court, in an opinion written by Chief Justice John Marshall, specifically found that the City of Baltimore was not bound by the Fifth Amendment’s requirement that private property shall not be taken for public use without just compensation.

The City of Baltimore diverted several streams during a construction project that involved grading and paving the city’s streets. As a result of the changed water flow, large masses of sand and earth were deposited in front of a commercial wharf owned by John Barron. The water became so shallow that it ceased to be useful for vessels, and Barron lost significant income. He filed suit against the City of Baltimore, seeking financial compensation for his losses under the Fifth Amendment.

In explaining the Court’s decision, Chief Justice Marshall highlighted that the text of the Bill of Rights does not state that it also restricts state governments. However, other provisions of the Constitution do address state activity, citing the following example:

The third clause (of Section 9), for example, declares that “no bill of attainder or ex post facto law shall be passed.” No language can be more general; yet the demonstration is complete that it applies solely to the government of the United States… the succeeding section, the avowed purpose of which is to restrain state legislation… declares that “no state shall pass any bill of attainder or ex post facto law.” This provision, then, of the ninth section, however comprehensive its language, contains no restriction on state legislation.

While the Court’s decision in Barron was never expressly overruled, the Supreme Court has relied on the Fourteenth Amendment’s Due Process Clause to apply many of the protections set forth in the Bill of Rights to the states, including the Takings Clause of the Fifth Amendment.