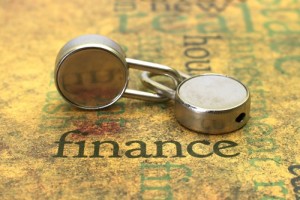 The Facts of Buckley v. Valeo

The suit challenged the constitutionality of key provisions of the Federal Election Campaign Act of 1971 (Act or FECA), as amended in 1974. The campaign finance law limited political contributions to candidates for federal elective office by an individual or a group to $1,000 and by a political committee to $5,000 to any single candidate per election, with an over-all annual limitation of $25,000 by an individual contributor. The FECA also restricted expenditures by individuals or groups “relative to a clearly identified candidate” to $1,000 per candidate per election, and by a candidate from his personal or family funds to various specified annual amounts depending upon the federal office sought, and restricts over-all general election and primary campaign expenditures by candidates to various specified amounts, again depending upon the federal office sought. Finally, the Act required political committees to keep detailed records of contributions and expenditures and created an eight-member Commission to administer the campaign finance rules.

The challengers of the campaign finance law, which included members of Congress and several political organizations, alleged that FECA’s limitations on the use of money for political purposes violated the First Amendment protections for free expression.

With regard to the First Amendment issues implicated by campaign finance laws, the Court found that restrictions on political contributions and expenditures “necessarily reduce[d] the quantity of expression by restricting the number of issues discussed, the depth of the exploration, and the size of the audience reached. This is because virtually every means of communicating ideas in today’s mass society requires the expenditure of money.” Accordingly, the Court concluded that restrictions on political speech could only be justified by an overriding governmental interest.

The Court upheld limits on contributions to candidates, finding that the restrictions were appropriate legislative tools to prevent “corruption and the appearance of corruption spawned by the real or imagined coercive influence of large financial contributions on candidates’ positions and on their actions if elected to office.” The Court further held that the “ceilings imposed accordingly serve the basic governmental interest in safeguarding the integrity of the electoral process without directly impinging upon the rights of individual citizens and candidates to engage in political debate and discussion.”

The First Amendment requires the invalidation of the Act’s independent expenditure ceiling, its limitation on a candidate’s expenditures from his own personal funds, and its ceilings on over-all campaign expenditures, since those provisions place substantial and direct restrictions on the ability of candidates, citizens, and associations to engage in protected political expression, restrictions that the First Amendment cannot tolerate.

While the Court acknowledged that “compelled disclosure, in itself, can seriously infringe on privacy of association and belief guaranteed by the First Amendment,” it determined that the government had a vital interest in “provid[ing] the electorate with information as to where political campaign money comes from and how it is spent by the candidate in order to aid the voters in evaluating those who seek federal office,” and in allowing “voters to place each candidate in the political spectrum more precisely than is often possible solely on the basis of party labels and campaign speeches.” The Court further held that “recordkeeping, reporting, and disclosure requirements are an essential means of gathering the data necessary to detect violations of the contribution limitations described above.”

The Supreme Court found that the Congressional appointment of Commissioners violated the separation of powers outlined in the appointments clause of Article II of the Constitution. Because the Commission’s powers were largely executive rather than legislative in nature, the President, with the advice and consent of the Senate, was the only one authorized to appoint its members.