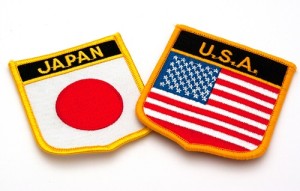 In Korematsu v. United States, 323 U.S. 214 (1944), the U.S. Supreme Court upheld an Executive Order that banned American citizens of Japanese descent from certain areas in the name of national security.

The case was just one of several lawsuits challenging the constitutionality of internment camps during World War II.Korematsu’s conviction was overturned on November 10, 1983 after the Court found that the government knowingly used false information in 1944 to convict him. Acting Solicitor general Neal Katyal filed official notice conceding “error” on May 20, 2011.

In the early days of World War II, President Franklin Roosevelt issued Executive Order 9066, which authorized the military to ban all persons of Japanese ancestry, regardless of citizenship, from areas of the West Coast deemed important to national security. The Japanese Americans that were forced to leave their homes were required to stay in internment camps for the duration of the conflict. Fred Korematsu, an American-born citizen of Japanese ancestry, refused to leave his California home. He was charged with remaining in the prohibited area in violation of the exclusion order.

By a vote of 6-3 in Korematsu v. United States, the majority held that the exclusion order was constitutional. It refused to address the larger question of the legality of the Japanese detention camp program.

According to the Court, the need to protect national security can trump individual rights in some circumstances. Writing for the majority, Justice Hugo Black explained:

It should be noted, to begin with, that all legal restrictions which curtail the civil rights of a single racial group are immediately suspect. That is not to say that all such restrictions are unconstitutional. It is to say that courts must subject them to the most rigid scrutiny. Pressing public necessity may sometimes justify the existence of such restrictions; racial antagonism never can.

In support of its decision, the majority emphasized the military’s belief that the country was in imminent danger from the Japanese, including the risk of sabotage from loyalists inside the United States. “Compulsory exclusion of large groups of citizens from their homes, except under circumstances of direst emergency and peril, is inconsistent with our basic governmental institutions,” Justice Black wrote. “But when, under conditions of modern warfare, our shores are threatened by hostile forces, the power to protect must be commensurate with the threatened danger.”

As vehemently argued by Justice Roberts, the case involved the conviction of a citizen as a “punishment for not submitting to imprisonment in a concentration camp, based on his ancestry, and solely because of his ancestry, without evidence or inquiry concerning his loyalty and good disposition towards the United States.” Accordingly, he found that “the indisputable facts exhibit a clear violation of Constitutional rights.”