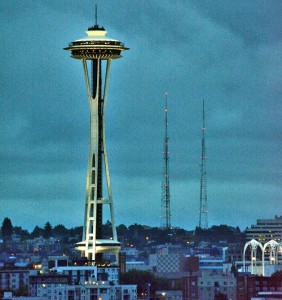 In Parents Involved in Community Schools v. Seattle, 551 U.S. 701 (2007), a divided U.S. Supreme Court held that public school districts can’t use race as the sole determining factor for assigning students to schools, even if they are doing so to achieve racial diversity. According to Chief Justice John Roberts, “The way to stop discrimination on the basis of race is to stop discriminating on the basis of race.”

The Facts of Parents Involved in Community Schools v. Seattle

The lawsuit challenged the student assignment plans adopted by two school districts, both of which relied on race to determine which schools certain children may attend. The Seattle district, which had never operated legally segregated schools or been subject to court-ordered desegregation, classified children as white or nonwhite, and used the racial classifications as a “tiebreaker” to allocate slots in particular high schools. In Kentucky, the Jefferson County district was subject to a desegregation decree until 2000. In 2001, the district adopted its plan, which classified students as black or “other” in order to make certain elementary school assignments and to rule on transfer requests.

An organization of Seattle parents (Parents Involved) and the mother of a Jefferson County student (Joshua), whose children were or could be assigned under the foregoing plans, alleged that allocating children to different public schools based solely on their race violated the Fourteenth Amendment ’s equal protection guarantee. In the Seattle case, the District Court granted the school district summary judgment, finding that its plan survived strict scrutiny on the federal constitutional claim because it was narrowly tailored to serve a compelling government interest. The Ninth Circuit affirmed. In the Jefferson County case, the District Court found that the school district had asserted a compelling interest in maintaining racially diverse schools, and that its plan was, in all relevant respects, narrowly tailored to serve that interest. The Sixth Circuit affirmed.

By a vote of 5-4, the Court concluded that the District’s racial tiebreaker plan violated the Equal Protection Clause of the Fourteenth Amendment. Chief Justice John Roberts authored a plurality opinion.

In the first part of the opinion, the Chief Justice noted that “when the government distributes burdens or benefits on the basis of individual racial classifications, that action is reviewed under strict scrutiny.” As he further explained, “racial classifications are simply too pernicious to permit any but the most exact connection between justification and classification.” Accordingly, in order to be constitutional, the student assignment plans must be narrowly tailored to achieve a compelling government interest.

The Court ultimately concluded that “the school districts have not carried their heavy burden of showing that the interest they seek to achieve justifies the extreme means they have chosen—discriminating among individual students based on race by relying upon racial classifications in making school assignments.”

Justice Anthony Kennedy did not join that part of the opinion. He argued that achieving a diverse student body could be a compelling government interest in some cases, although he agreed that the plans at issue in the case were unconstitutional. In his opinion, Justice Kennedy stated:

A compelling interest exists in avoiding racial isolation, an interest that a school district, in its discretion and expertise, may choose to pursue. Likewise, a district may consider it a compelling interest to achieve a diverse student population. Race may be one component of that diversity, but other demographic factors, plus special talents and needs, should also be considered.