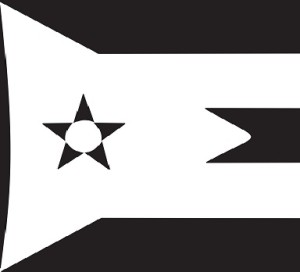 By a vote of 5-4, the Court held that in Boumediene v. Bush the detainees had the constitutional privilege of habeas corpus and that the Military Commissions Act of 2006 was an unconstitutional suspension of that right.

The Facts of Boumediene v. Bush

Lakhdar Boumediene and several other Algerians were detained at the Guantanamo Bay Naval Base after being captured abroad by the U.S. military and designated as enemy combatants. Each sought a writ of habeas corpus in the District Court, which ordered the cases dismissed for lack of jurisdiction because Guantanamo is outside sovereign U. S. territory.

While the case was pending, Congress passed the Detainee Treatment Act of 2005 (DTA), which provided that “no court, justice, or judge shall have jurisdiction to . . . consider . . . an application for . . . habeas corpus filed by or on behalf of an alien detained . . . at Guantanamo,” and gave the D. C. Circuit “exclusive” jurisdiction to review CSRT decisions. In Hamdan v. Rumsfeld, 548 U.S. 557, the Court held the provision was inapplicable to cases pending when the DTA was enacted.

The D.C. Circuit concluded that MCA should be interpreted to strip from it, and all federal courts, jurisdiction to consider petitioners’ habeas applications. It further held that petitioners were not entitled to habeas or the protections of the Constitution’s Suspension Clause.

The Suspension Clause, as set forth in Article 1, Section 9 of the Constitution, provides that “[t]he Privilege of the Writ of Habeas Corpus shall not be suspended, unless when in Cases of Rebellion or Invasion the public Safety may require it.” As described by the Court in this case, the clause protects the rights of the detained by a means consistent with the essential design of the Constitution. “It ensures that, except during periods of formal suspension, the Judiciary will have a time-tested device, the writ, to maintain the ‘delicate balance of governance’ that is itself the surest safeguard of liberty,” the opinion explained.

The majority agreed with the D.C. Circuit that the MCA deprived the federal courts of jurisdic­tion to entertain the habeas corpus actions. However, it also found that the statute was a violation of the Suspension Clause.

“The laws and Constitution are designed to survive, and remain in force, in extraordinary times,” Justice Anthony Kennedy wrote on behalf of the majority. Justices Stephen Breyer, Ruth Bader Ginsburg, David Souter and John Paul Stevens joined his opinion.

In his written decision, Justice Kennedy traced the evolution of the habeas corpus doctrine from England’s Magna Carta to the drafting of the U.S. Constitution. In so doing, he emphasized that the writ, which the Framers of the Constitution considered a vital instrument for the protection of individual liberty, “has a centrality that must inform proper interpretation of the Suspension Clause.”

Ultimately, the Court in Boumediene v. Bush held that the detainees were not barred from seeking habeas or invoking the Suspension Clause simply because they had been deemed enemy combatants or held at Guantanamo Bay. In so ruling, the majority rejected the government’s argument that non­citizens designated as enemy combatants and detained in territory located outside our country’s borders have no constitutional rights and no privilege of habeas corpus. “[The] detainees are held in a territory that, while technically not part of the United States, is under the complete and total control of our Government,” Justice Kennedy explained.

The majority further rejected in Boumediene v. Bush the notion that the Constitution had no effect in Guantanamo, at least as to noncitizens, because the United States disclaimed formal sovereignty in its 1903 lease with Cuba. “The Constitution grants Congress and the President the power to acquire, dispose of, and govern territory, not the power to decide when and where its terms apply. To hold that the political branches may switch the Constitution on or off at would lead to a regime in which they, not this Court, say ‘what the law is,’” Justice Kennedy wrote.

The majority further concluded  in Boumediene v. Bush that the procedures set forth in the DTA were not adequate substitutes for the habeas writ. In support of its conclusion, the majority cited the absence of provisions allowing petitioners to challenge the President’s authority to detain them indefinitely, to contest Combatant Status Review Tribunals (CSRTs) findings of fact, to supplement the record on review with exculpatory evidence discovered after the CSRT proceedings, and to request release.

The Dissent of Boumediene v. Bush

The dissenters argued that the majority’s decision would make it more difficult for the United States to fight the war on terror, citing the number of released detainees that returned to fight for Al Qaeda. According to Justice Scalia, the majority decision “blatantly misdescribes important precedents” and would “almost certainly cause more Americans to be killed.”