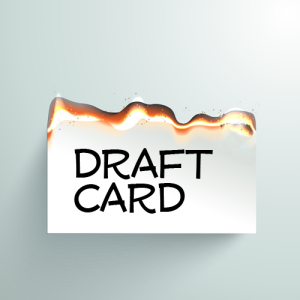 In United States v. O’Brien, 391 U.S. 367 (1968), the U.S. Supreme Court upheld the constitutionality of a federal law that made burning or otherwise destroying draft cards a crime. In so ruling, the Court established a test for determining whether laws governing symbolic speech run afoul of the First Amendment.

David Paul O’Brien burned his Selective Service registration certificate before a sizable crowd as a form of anti-war protest. He was indicted, tried, and convicted for violating a provision of the Universal Military Training and Service Act. The law made it a criminal offense for any person “who forges, alters, knowingly destroys, knowingly mutilates, or in any manner changes any such certificate…”

The District Court rejected O’Brien’s argument that the amendment was unconstitutional because it was enacted to abridge free speech and served no legitimate legislative purpose. The First Circuit Court of Appeals found that the 1965 Amendment violated the First Amendment because it singled out anti-war protestors for special treatment. In support, it cited that conduct under the 1965 Amendment was already punishable, since a Selective Service System regulation required registrants to keep their registration certificates in their “personal possession at all times” and willful violations of the regulation were criminalized under 50 U.S.C.App. § 462(b)(6). The court, however, upheld O’Brien’s conviction under § 462(b)(6), which, in its view, made violation of the non-possession regulation a lesser included offense of the crime defined by the 1965 Amendment.

In reaching its decision, the Court held that when “speech” and “nonspeech” elements are combined in the same course of conduct, “a sufficiently important governmental interest in regulating the nonspeech element can justify incidental limitations on First Amendment freedoms.” As Chief Justice Warren further explained:

A government regulation is sufficiently justified if it is within the constitutional power of the Government; if it furthers an important or substantial governmental interest; if the governmental interest is unrelated to the suppression of free expression, and if the incidental restriction on alleged First Amendment freedoms is no greater than is essential to the furtherance of that interest.

Justice Harlan wrote a concurring opinion in which he argued that the First Amendment should apply to a “rare” claim that meets the majority’s test, but in practice “has the effect of entirely preventing a ‘speaker” from reaching a significant audience with whom he could not otherwise lawfully communicate.” The Supreme Court later incorporated this rationale into the “O’Brien” test.