Mapp v. Ohio: Use of Evidence Under the 4th Amendment 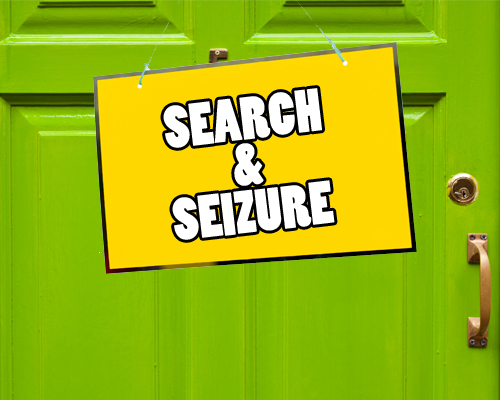 In Mapp v. Ohio, 367 US 643 (1961), the U.S. Supreme Court ruled that evidence obtained through a search in violation of the Fourth Amendment could not be used as evidence in a state criminal case. The decision relied on the doctrine of selective incorporation, through which the Bill of Rights is applied to the states via the Fourteenth Amendment.

The Facts of Mapp v. Ohio

Dollree Mapp was convicted of knowingly possessing certain lewd and lascivious books, pictures, and photographs in violation of Ohio law. The materials were discovered when police searched her home for a suspect wanted in connection with a recent bombing. The police used force to enter the home and did not provide a warrant. Mapp appealed her sentence.

The state argued that even if the search was unreasonable, it was not prevented from using the unconstitutionally seized evidence at trial. In support, it cited Wolf v. Colorado, 338 U. S. 25 (1949), in which the Supreme Court held “that in a prosecution in a State court for a State crime the Fourteenth Amendment does not forbid the admission of evidence obtained by an unreasonable search and seizure.”

By a vote of 6-3, the Supreme Court overturned the conviction, finding that the evidence was inadmissible. “All evidence obtained by searches and seizures in violation of the Constitution is, by [the Fourth Amendment], inadmissible in a state court,” the majority held.Justice Tom C. Clark authored the majority opinion, in which Chief Justice Earl Warren, and Justices Hugo Black, William O. Douglas, and William J. Brennan joined.In reaching its decision, the majority cited several prior decisions in which the Court had begun the process of applying federal constitutional protections to state criminal prosecutions. It also found that applying the exclusionary rule to the states would ensure that they followed the requirements of the Fourth Amendment. As Justice Clark explained:[O]ur holding that the exclusionary rule is an essential part of both the Fourth and Fourteenth Amendments is not only the logical dictate of prior cases, but it also makes very good sense. There is no war between the Constitution and common sense. Presently, a federal prosecutor may make no use of evidence illegally seized, but a State’s attorney across the street may, although he supposedly is operating under the enforceable prohibitions of the same Amendment.

The Dissent of Mapp v. Ohio

In his dissenting opinion, Justice John M. Harlan II argued that the majority should have limited its decision to the First Amendment issues raised in Mapp’s petition. By reaching out to consider the application of the exclusionary rule to the states, Harlan maintained that the majority ignored the principles of judicial restraint and stare decisis.