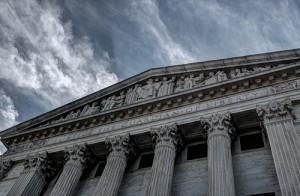 In deciding the key labor law case, the justices must resolve a circuit split regarding how long plaintiffs have to file constrictive discharge suits. The specific issue is whether, under federal employment discrimination law, the filing period for a constructive discharge claim begins to run when an employee resigns, as five circuits have held, or at the time of an employer’s last allegedly discriminatory act giving rise to the resignation, as three other circuits have held.

Montanile v. Board of Trustees of the National Elevator Industry Health Benefit Plan:

The case involves the remedies available under the Employee Retirement and Income Security Act of 1974 (ERISA). The specific issue before the Court is whether a lawsuit by an ERISA fiduciary against a participant to recover an alleged overpayment by the plan seeks “equitable relief” within the meaning of ERISA Section 502(a)(3), 29 U.S.C. § 1132(a)(3), if the fiduciary has not identified a particular fund that is in the participant’s possession and control at the time the fiduciary asserts its claim.

The closely watched case addresses the standards for class certification. The specific issues before the Court include: (1) Whether differences among individual class members may be ignored and a class action certified under Federal Rule of Civil Procedure 23(b)(3), or a collective action certified under the Fair Labor Standards Act, where liability and damages will be determined with statistical techniques that presume all class members are identical to the average observed in a sample; and (2) whether a class action may be certified or maintained under Rule 23(b)(3), or a collective action certified or maintained under the Fair Labor Standards Act, when the class contains hundreds of members who were not injured and have no legal right to any damages.

Federal law authorizes district courts issue pretrial orders that restrain the assets of those accused of certain kinds of fraud. This case addresses whether the pretrial restraint of a criminal defendant’s legitimate assets that are not traceable to a criminal offense and are needed to retain counsel of choice violates the Fifth and Sixth Amendments.