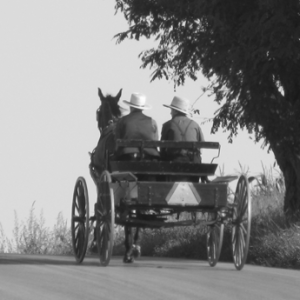 In Wisconsin v. Yoder, 406 U.S. 205 (1972), the U.S. Supreme Court held that a Wisconsin law mandating that children attend school violated the First Amendment. In the landmark decision, the unanimous Court held that the parents’ Freedom of Religion outweighed the state’s interest in universal education.

The Facts of Wisconsin v. Yoder

Jonas Yoder and Wallace Miller, members of the Old Order Amish religion, and Adin Yutzy, a member of the Conservative Amish Mennonite Church, were convicted of violating Wisconsin’s compulsory school attendance law, which required children to attend school until age 16. The parents declined to send their children to school after they had graduated from the eighth grade and instead provided informal vocational education to their children, which was designed to prepare them for life in the rural Amish community.The parents challenged their convictions, arguing that they sincerely believed that high school attendance was contrary to the Amish religion and way of life, and that they would endanger their own salvation and that of their children by complying with the law. The Wisconsin Supreme Court sustained respondents’ claim that application of the compulsory school attendance law to them violated their rights under the Free Exercise Clause of the First Amendment, made applicable to the States by the Fourteenth Amendment.

The Supreme Court held that in Wisconsin v. Yoder the convictions were unconstitutional. Chief Justice Warren E. Burger wrote on behalf of the unanimous Court.
According to the Court, “In order for Wisconsin to compel school attendance beyond the eighth grade against a claim that such attendance interferes with the practice of a legitimate religious belief, it must appear either that the State does not deny the free exercise of religious belief by its requirement or that there is a state interest of sufficient magnitude to override the interest claiming protection under the Free Exercise Clause.”

In this case, the Court found that enforcing the Wisconsin’s requirement of compulsory formal education after the eighth grade would “gravely endanger, if not destroy, the free exercise of respondents’ religious beliefs.” In support of its decision, the Court cited the longevity of the Amish religion and its long history as a successful and self-sufficient segment of American society.

The Court also rejected Wisconsin’s argument that its interest in compulsory education was so compelling that “even the established religious practices of the Amish must give way.” It noted that the Amish introduced “convincing evidence” that forgoing one or two additional years of compulsory education would not impair the physical or mental health of the child, or result in an “inability to be self-supporting or to discharge the duties and responsibilities of citizenship, or in any other way materially detract from the welfare of society.”