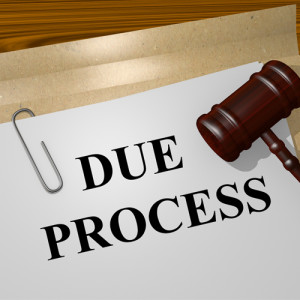 In Kerry v. Din, 135 S.Ct. 2128 (2015), the U.S. Supreme Court held that the federal government did not violate the Due Process rights of the petitioner when it denied her husband’s visa based on his alleged engagement in terrorist activities, without providing a more detailed explanation.

The Facts of Kerry v. Din

Fauzia Din petitioned to have her husband, Kanishka Berashk, a resident citizen of Afghanistan and former civil servant in the Taliban regime, classified as an “immediate relative” entitled to priority immigration status. While Din’s petition was approved, her husband’s visa application was ultimately denied. A consular officer informed Berashk that he was inadmissible under §1182(a)(3)(B) of the the Immigration and Nationality Act, which excludes aliens who have engaged in “[t]errorist activities.”

After being unable to obtain a more detailed explanation for Berashk’s visa denial, Din filed suit. While the district court dismissed her claim, the Ninth Circuit Court of Appeals reversed, concluding that Din had a protected liberty interest in her marriage that entitled her to review of the denial of Berashk’s visa. It also found that the Government violated her due process rights when it denied Berashk’s visa application without providing a more detailed explanation of its reasons.

By a vote of 5-4, the Supreme Court vacated the Ninth Circuit’s decision. Justice Antonin Scalia authored the plurality opinion, which was joined by Chief Justice Roberts and Justice Thomas. As explained by Justice Scalia, the Government did not deprive Din of any constitutional right entitling her to due process of law because she could not possibly claim that the denial of Berashk’s visa application deprived her of life, liberty, or property. He further explained:

Even accepting the textually unsupportable doctrine of implied fundamental rights, nothing in that line of cases establishes a free-floating and categorical liberty interest sufficient to trigger constitutional protection whenever a regulation touches upon any aspect of he marital relationship. Even if those cases could be so broadly construed, the relevant question is not whether the asserted interest “is consistent with this Court’s substantive-due-process line of cases,” but whether it is supported by “this Nation’s history and practice,” Washington v. Glucksberg, 521 U. S. 702, 723–724. Here, the Government’s long practice of regulating immigration, which has included erecting serious impediments to a person’s ability to bring a spouse into the United States, precludes Din’s claim.

Justice Kennedy filed a concurring opinion, in which Justice Alito joined. The two justices maintained that that there was no need to decide whether Din has a protected liberty interest because the notice she received satisfied due process.

The Dissent of Kerry v. Din

Justice Breyer filed a dissenting opinion, in which Justices Ginsburg, Sotomayor, and Kagan joined. The Court’s liberal block argued that Din should prevail on her constitutional claim because she possesses the kind of “liberty” interest to which the Due Process Clause grants procedural protection. In response to the plurality decision, Justice Breyer asked:

How could a Constitution that protects individuals against the arbitrary deprivation of so diverse a set of interests not also offer some form of procedural protection to a citizen threatened with governmental deprivation of her freedom to live together with her spouse in America?