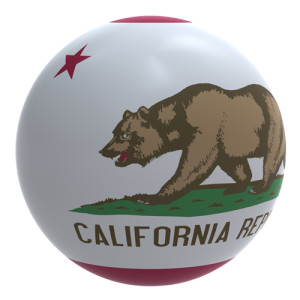 Last week, the U.S. Supreme Court issued its opinion in DIRECTV, Inc. v. Imburgia, holding that the California Court of Appeal erred in finding an arbitration clause required the application of state law despite its preemption by the Federal Arbitration Act (FAA). The justices also added four cases to their docket, including a key Fourth Amendment case involving whether, in the absence of a warrant, a state may make it a crime for a person to refuse to take a chemical test to detect the presence of alcohol in the person’s blood.

The majority disagreed, holding that “the law of your state” referred only to valid state law that was not preempted by federal law, namely the FAA. As Justice Stephen Breyer explained, “The Federal Arbitration Act is a law of the United States . . . Consequently, the judges of every state must follow it.” Accordingly, the Court held that the arbitration agreement was enforceable.

In addition to issuing one opinion, the justices also agreed to consider the following cases:

Birchfield v. North Dakota: In total, 13 states make it a criminal offense for an individual arrested for impaired driving to refuse to submit to a chemical test of the person’s blood, breath, or urine to detect the presence of alcohol. The Supreme Court will consider three cases that all involve essentially the same issue — whether a person suspected of drunk driving can be criminally penalized for refusing to take a blood alcohol test.

Sheriff v. Gillie: The Court also agreed to consider the legality of certain debt collection practices. The specific questions include: (1) Whether special counsel – lawyers appointed by the Attorney General to undertake his duty to collect debts owed to the state – are state “officers” within the meaning of 15 U.S.C. § 1692a(6)(C); and (2) whether it is materially misleading under 15 U.S.C. § 1692e for special counsel to use Attorney General letterhead to convey that they are collecting debts owed to the State on behalf of the Attorney General.

Ross v. Blake: The Court’s criminal law docket continues to grow. The question in the latest case is whether the Fourth Circuit misapplied this Court’s precedents in holding, in conflict with several other federal courts of appeals, that there is a common law “special circumstances” exception to the Prison Litigation Reform Act that relieves an inmate of his mandatory obligation to exhaust administrative remedies when the inmate erroneously believes that he satisfied exhaustion by participating in an internal investigation.