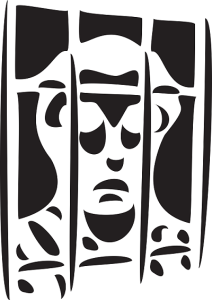 In Christeson v. Roper, 135 S. Ct. 891 (2015), the U.S. Supreme Court addressed the requirements for counsel substitution under “the interests of justice” standard. In a 7-2 per curium decision, the majority held that a conflict of interest is grounds for substitution.

In Martel v. Clair, 132 S.Ct. 1276 (2012), the Supreme Court adopted a broad standard for the substitution of counsel under 18 U.S.C. § 3599(a)(2), which entitles indigent defendants to the appointment of counsel in capital cases, including habeas corpus proceedings. It held that a motion for substitution should be granted when it is in the “interests of justice.” The Court further explained that the factors a court of appeals should consider in determining whether a district court abused its discretion in denying such a motion “include: the timeliness of the motion; the adequacy of the district court’s inquiry into the defendant’s complaint; and the asserted cause for that complaint, including the extent of the conflict or breakdown in communication between lawyer and client (and the client’s responsibility, if any, for that conflict).”

The Facts of Christeson v. Roper

In 1999, a jury convicted Mark Christeson of three counts of capital murder. Under the strict one-year statute of limitations imposed by the Antiterrorism and Effective Death Penalty Act of 1996 (AEDPA), Christeson’s federal habeas petition was due on April 10, 2005. Nine months before the deadline, the District Court appointed attorneys Phil Horwitz and Eric Butts to represent Christeson in his federal habeas proceedings. The attorneys did not meet with Christeson until more than six weeks after his petition was due and filed the petition 117 days too late. They later claimed that their failure to meet with their client and timely file his habeas petition resulted from a simple miscalculation of the AEDPA limitations period. The federal district court dismissed the petition as untimely.

Seven years later, Horwitz and Butts contacted new attorneys to discuss Christeson’s case. The new lawyers, Jennifer Merrigan and Joseph Perkovich, determined that Christeson’s only hope for securing review of the merits of his habeas claims was to file a motion under Federal Rule of Civil Procedure 60(b) seeking to reopen final judgment on the ground that AEDPA’s statute of limitations should have been equitably tolled. However, Horwitz and Butts could not be expected to file such a motion on Christeson’s behalf since any argument for equitable tolling would be premised on their failure to file timely the habeas petition. Accordingly, Christeson requested substitute counsel who would suffer from a conflict of interest. The District Court denied the motion, and the Court of Appeals for the Eighth Circuit affirmed.

By a vote of 7-2, the Supreme Court reversed. The majority concluded that the lower court’s decision failed to adequately account for all of the factors set forth in Clair. As explained in the opinion:

The court’s principal error was its failure to acknowledge Horwitz and Butts’ conflict of interest. Tolling based on counsel’s failure to satisfy AEDPA’s statute of limitations is available only for “serious instances of attorney misconduct.” Holland v. Florida, 560 U.S. 631, 651-652, 130 S.Ct. 2549, 177 L.Ed.2d 130 (2010). Advancing such a claim would have required Horwitz and Butts to denigrate their own performance. Counsel cannot reasonably be expected to make such an argument, which threatens their professional reputation and livelihood.

The Dissent of Christeson v. Roper

Justice Samuel A. Alito Jr. wrote a dissenting opinion in which Justice Clarence Thomas joined. They argued that the Court should have also considered whether Christeson may ultimately be entitled to equitable tolling, noting that “the availability of equitable tolling in cases governed by the Antiterrorism and Effective Death Penalty Act of 1996 (AEDPA) is a question of great importance.”