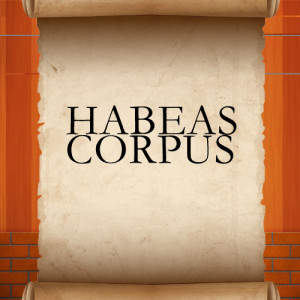 In Woods v. Donald, 135 S.Ct. 1372 (2015), the U.S. Supreme Court clarified when a federal court may grant habeas relief. In a per curium opinion, the justices unanimously held that court may only grant such relief when the state court’s decision is contrary to clearly established federal law as interpreted by the Supreme Court.

The Facts of Woods v. Donald

Cory Donald and four others—Seante Liggins, Rashad Moore, Dewayne Saine, and Fawzi Zaya—decided to rob a drug dealer named Mohammed Makki. During the course of the robbery, shot were fire and Makki was killed. Donald was charged with one count of first-degree felony murder and two counts of armed robbery. His defense theory was that he was present at the scene of the crime but he did not participate.

At trial, the government sought to admit a chart chronicling phone calls from the day of the crime among Moore, Saine, and Zaya. Donald’s attorney indicated to the court that the testimony did not impact his client and was not in the courtroom at the time. After Donald was convicted on all charges, Donald argued on appeal that he was entitled to a new trial because his attorney’s absence during the phone call testimony denied him his Sixth Amendment right to effective assistance of counsel. The Michigan Court of Appeals rejected his claim, and the Michigan Supreme Court denied review.

The United States District Court for the Eastern Dis­trict of Michigan granted federal habeas relief, and the Sixth Circuit Court of Appeals affirmed. It held that Donald’s attorney provided per se ineffective assis­tance of counsel under United States v. Cronic, 466 U. S. 648 (1984), when he was briefly absent during testimony concerning other defendants. In Cronic, the Court held that courts may presume that a defendant has suffered unconstitutional prejudice if he “is denied counsel at a critical stage of his trial.” In Bell v. Cone, 535 U. S. 685, 696 (2002), the Court further held that a “critical stage” is one that “held significant consequences for the accused.”

The Court reversed the Sixth Circuit’s decision, holding that no decision from the Supreme Court clearly establishes that Donald is entitled to relief under Cronic. As the per curium opinion explains:

The Michigan Court of Appeals’ decision was not contrary to any clearly established holding of this Court. We have never ad­ dressed whether the rule announced in Cronic applies to testimony regarding codefendants’ actions. In Cronic itself, we rejected the defendant’s claim that his counsel’s lack of experience and short time for preparation warranted a presumption of prejudice, not a claim based on counsel’s absence.