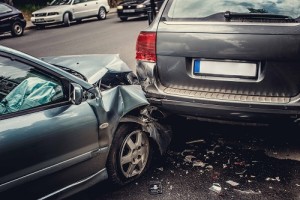 In Warger v. Shauers, 135 S. Ct. 521 (2014), the U.S. Supreme Court addressed Federal Rule of Evidence 606(b), which provides a juror may not testify about any statement made or incident that occurred during the jury’s deliberations during “an inquiry into the validity of a verdict or indictment.” In a unanimous decision, the Court held that testimony about juror statements made during deliberation is not admissible to show dishonesty during voir dire.

After the jury returned a verdict for Shauers, one of the jurors contacted Warger’s counsel, claiming that Regina Whipple, the jury foreperson, had revealed during deliberations that her daughter had been at fault in a fatal motor vehicle accident, and that a lawsuit would have ruined her daughter’s life.

Relying on an affidavit from the juror, Warger moved for a new trial, arguing that Whipple had deliberately lied during voir dire about her impartiality and ability to award damages. The District Court denied Warger’s motion, holding that Federal Rule of Evidence 606(b) barred the affidavit, and that none of the Rule’s three exceptions were applicable. The Eighth Circuit affirmed.

Federal Rule of Evidence 606(b) provides that “[d]uring an inquiry into the validity of a verdict,” evidence “about any statement made or incident that occurred during the jury’s deliberations” is inadmissible. The rule contains three specific exceptions. Testimony is allowed “about whether (A) extraneous prejudicial information was improperly brought to the jury’s attention; (B) an outside influence was improperly brought to bear on any juror; or (C) a mistake was made in entering the verdict on the verdict form.”

The rule of evidence can be traced back to a 1785 decision in which Lord Mansfield held inadmissible an affidavit from two jurors claiming that the jury had decided the case through a game of chance. The rule soon took root in the United States, where it was viewed as both promoting the finality of verdicts and insulating the jury from outside influences. The states adopted different versions of the rule, and Rule 606(b) codified the broader approach under which nearly all juror testimony is prohibited.

The Supreme Court unanimously agreed with the Eighth Circuit’s decision. It held that Rule 606(b) applies to juror testimony during a proceeding in which a party seeks to secure a new trial on the ground that a juror lied during voir dire.

In her opinion, Justice Sonia Sotomayor explained that the justices “simply accord Rule 606(b)’s terms their plain meaning,” noting that the evidentiary rule applies “[d]uring an inquiry into the validity of a verdict.” She further explained:

A postverdict motion for a new trial on the ground of voir dire dishonesty plainly entails “an inquiry into the validity of [the] verdict”: If a juror was dishonest during voir dire and an honest response would have provided a valid basis to challenge that juror for cause, the verdict must be invalidated. This understanding of the text of Rule 606(b) is consistent with the underlying common-law rule on which it was based.