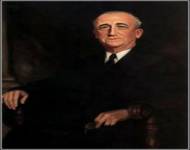 In Davis v. Ayala, 135 S. Ct. 2187 (2015), the U.S. Supreme Court considered whether it was a harmless error to exclude defense counsel from the Batson hearing. A deeply divided court ultimately answered yes, highlighting that habeas petitioners are not entitled to relief unless they can establish that the alleged error resulted from “actual prejudice.”

The Facts of Davis v. Ayala

During jury selection in his murder trial, hector Ayala, who is Hispanic, objected that seven of the prosecution’s peremptory challenges were impermissibly race-based under Batson v. Kentucky. The judge allowed the prosecution to disclose its reasons for the strikes outside the presence of the defense and found it had valid, race-neutral reasons for the strikes. Ayala was eventually convicted and sentenced to death.

On appeal, the California Supreme Court analyzed Ayala’s challenge under both Batson and its state-law analogue, concluding that it was error, as a matter of state law, to exclude Ayala from the hearings. The court held, however, that the error was harmless under state law and that, if a federal error occurred, it too was harmless beyond a reasonable doubt under Chapman v. California. In that case, the Court held that “before a federal constitutional error can be held harmless, the court must be able to declare a belief that it was harmless beyond a reasonable doubt.”

Ayala subsequently pursued habeas relief in federal court, where the District Court held that even if the ex parte proceedings violated federal law, the state court’s harmlessness finding could not be overturned because it was not contrary to or an unreasonable application of clearly established federal law under 28 U. S. C. §2254(d). A divided panel of the Ninth Circuit disagreed and granted Ayala habeas relief. It held that the ex parte proceedings violated Ayala’s federal constitutional rights under the Fourth Amendment and that the error was not harmless under Brecht v. Abrahamson, as to at least three of the seven prospective jurors. In Brecht, the Court held that habeas petitioners “are not entitled to habeas relief based on trial error unless they can establish that it resulted in ‘actual prejudice.’”

In 5-4 decision, the Court held that any federal constitutional error that may have occurred by excluding the attorney for a defendant in a capital murder trial from part of the Batson hearing was harmless. Justice Samuel Alito authored the majority opinion, in which Chief Justice John Roberts and Justices Anthony M. Kennedy, Clarence Thomas, and Antonin Scalia joined.

In reaching its decision, the majority noted that Brecht establishes a high standard, noting that relief is proper only if the federal court has “grave doubt about whether a trial error of federal law had substantial and injurious effect or influence in determining the jury’s verdict.” It also highlighted that there must be more than a “reasonable possibility” that the error was harmful.

Ayala must show that he was actually prejudiced by this procedure, a standard that he necessarily cannot satisfy if a fairminded jurist could agree with the California Supreme Court’s decision that this procedure met the Chapman standard of harmlessness. Evaluation of these questions requires consideration of the trial court’s grounds for rejecting Ayala’s Batson challenges.

After addressing each of the trial court’s findings, the majority ultimately found that “the decision of the California Supreme Court represented an entirely reasonable application of controlling precedent.”

The Dissent of Davis v. Ayala

Justice Sotomayor filed a dissenting opinion, in which Justices Ginsburg, Breyer, and Kagan joined. The dissenting justices criticized the majority for focusing exclusively on whether Ayala’s attorneys could have raised successful arguments during the Batson hearing rather than whether excluding them was in error.

As Justice Sotomayor argued: “Given the strength of Ayala’s prima facie case and the comparative juror analysis his attorneys could have developed if given the opportunity to do so, little doubt exists that counsel’s exclusion from Ayala’s Batson hearings substantially influenced the outcome.”