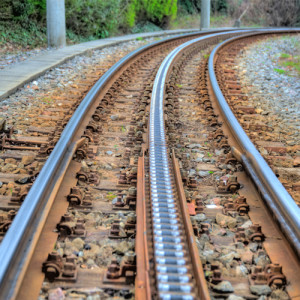 In Alabama Dept. of Revenue v. CSX Transportation, 135 S.Ct. 1136 (2015), the U.S. Supreme Court addressed what constitutes tax discrimination under the Railroad Revitalization and Regulation Reform Act of 1976, otherwise known as the “4-R Act.” In its decision, the Court held that lower courts should consider the tax scheme as a whole rather then piecemeal when determining whether sales tax discrimination occurred.

The Facts of Alabama Dept. of Revenue v. CSX Transportation

Alabama imposes sales and use taxes on railroads when they purchase or consume diesel fuel. However, it provides a tax exemption for trucking transport companies (motor carriers) and companies that transport goods interstate through navigable waters (water carriers), both of which are railroad competitors. Motor carriers pay an alternative fuel-excise tax on diesel, but water carriers pay neither the sales tax nor the excise tax.

CSX Transportation (CSX), an interstate rail carrier that operates in Alabama, sought to enjoin state officers from collecting sales tax on its diesel fuel purchases, claiming that the State’s asymmetrical tax treatment “discriminates against a rail carrier” in violation of the Railroad Revitalization and Regulation Reform Act of 1976, 49 U. S. C. §11501(b)(4). In CSX Transp. v. Ala. Dept. of Revenue, 562 U. S. 277, 287 (CSX I), the U.S. Supreme Court previously held that a tax “discriminates” under subsection (b)(4) when it treats “groups [that] are similarly situated” differently without sufficient “justification for the difference in treatment.” On remand, the District Court rejected CSX’s claim.

By a vote of 7-2, the Court held that the Eleventh Circuit properly concluded that CSX’s competitors are an appropriate comparison class for its subsection (b)(4) claim. Justice Antonin Scalia authored the majority opinion.

As explained by Justice Scalia: “All general and commercial taxpayers may be an appropriate comparison class for a subsection (b)(4) claim, but it is not the only one. Nothing in the ordinary meaning of the word “discrimination” suggests that it occurs only when the victim is singled out relative to the population at large.”

It does not accord with ordinary English usage to say that a tax discriminates against a rail carrier if a rival who is exempt from that tax must pay another comparable tax from which the rail carrier is exempt, since both competitors could then claim to be dis- criminated against relative to each other. The Court’s negative Commerce Clause cases endorse the proposition that an additional tax on third parties may justify an otherwise discriminatory tax.

On remand, the Court ordered the Eleventh Circuit to consider “whether Alabama’s fuel-excise tax is the rough equivalent of Alabama’s sales tax as applied to diesel fuel, and therefore justifies the motor carrier sales-tax exemption.” The Court acknowledged that the State couldn’t offer a similar defense with respect to its water carrier exemption; however, it directed the court to examine “whether any of the State’s alternative rationales justify that exemption.”

The Dissent of Alabama Dept. of Revenue v. CSX Transportation

Justice Clarence Thomas authored a dissent that Justice Ruth Bader Ginsburg joined. In his opinion, Justice Thomas criticized the majority’s definition of discrimination as overly broad. He also raised concerns that the approach would lead to inconsistent results in the lower courts.