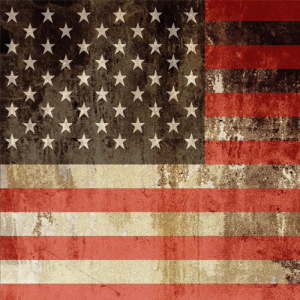 In Johnson v. the United States, 576 US _ (2015), the U.S. Supreme Court held that the residual clause of the Armed Career Criminal Act was unconstitutionally vague and violated the due process rights of the petitioner. The statute imposes increased sentences on defendants charged with illegal possession of firearms who have previously been convicted of three or more “violent” felonies.

The Facts of Johnson v. the United States

After Johnson pleaded guilty to being a felon in possession of a firearm, the Government sought an enhanced sentence under the Armed Career Criminal Act (ACCA), which imposes an increased prison term upon a defendant with three prior convictions for a “violent felony.” The ACCA specifically defines “violent felony” as “any crime punishable by imprisonment for a term ex¬ceeding one year . . . that— “(i) has as an element the use, attempted use, or threatened use of physical force against the person of another; or “(ii) is burglary, arson, or extortion, involves use of explosives, or otherwise involves conduct that presents a serious potential risk of physical injury to another.” §924(e)(2)(B). The last clause of the definition (in italics) is commonly referred to as the Act’s residual clause.

In Johnson’s case, the Government argued that his prior conviction for unlawful possession of a short-barreled shotgun satisfied the definition of violent felony under the ACCA. The District Court agreed, holding that the residual clause does cover unlawful possession of a short-barreled shotgun, and imposed a 15-year sentence under ACCA. The Eighth Circuit affirmed.

The Legal Background of Johnson v. the United States

The Fifth Amendment provides that “[n]o person shall . . . be deprived of life, liberty, or property, without due process of law.” Under existing Supreme Court precedent, the government cannot take away someone’s life, liberty, or property under a criminal law that is so vague that it fails to give ordinary people fair notice of the conduct it punishes, or so lacking a in a standard that it invites arbitrary en¬forcement.

The question before the Court in Johnson was whether the ACCA’s residual the clause is void for vagueness.

The Majority Decision on  Johnson v. the United States

In reaching its decision, the majority found that “two features of the residual clause conspire to make it unconstitutionally vague.” As further explained by Justice Scalia:

By tying the judicial assessment of risk to a judicially imagined “ordinary case” of a crime rather than to real-world facts or statutory elements, the clause leaves grave uncertainty about how to estimate the risk posed by a crime. At the same time, the residual clause leaves uncertainty about how much risk it takes for a crime to qualify as a violent felony. Taken together, these uncertainties produce more unpredictability and arbitrariness than the Due Process Clause tolerates.

The majority opinion also noted that the Court’s “repeated failure to craft a principled standard out of the residual clause and the lower courts’ persistent inability to apply the clause in a consistent way” supported its decision.

The Dissent of Johnson v. the United States

Justice Samuel Alito dissented. He argued that the residual clause of the ACCA should be interpreted narrowly and withstand constitutional scrutiny.