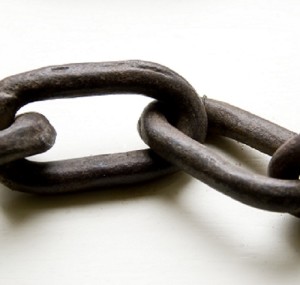 In Kingsley v. Hendrickson, 576 US _ (2015), the U.S. Supreme Court addressed the legal standard for finding unconstitutionally excessive force during pre-trial detention. By a vote of 5-4, the justices held that a pretrial detainee pursuing an excessive force claim need only demonstrate that the force used against him was objectively unreasonable.

The Facts of Kingsley v. Hendrickson

While Michael Kingsley was awaiting trial in county jail, officers forcibly removed him from his cell when he refused to comply with their instructions. According to Kingsley, once in his new cell, one officer placed his knee in Kingsley’s back and then slammed his head into the concrete bunk. After exchanging words, another officer applied a taser to Kingsley’s back.

Kingsley filed a complaint alleging that two of the officers used excessive force against him in violation of the Fourteenth Amendment’s Due Process Clause. At the trial’s conclusion, the District Court instructed the jury that Kingsley was required to prove that the officers “recklessly disregarded [Kingsley’s] safety” and “acted with reckless disregard of [his] rights.” The jury found in the officers’ favor. On appeal, Kingsley argued that the jury instruction did not adhere to the proper standard for judging a pretrial detainee’s excessive force claim, namely, objective unreasonableness. The Seventh Circuit disagreed, holding that the law required a subjective inquiry into the officers’ state of mind, i.e., whether the officers actually intended to violate, or recklessly disregarded, Kingsley’s rights.

The majority of the Supreme Court disagreed. “Under 42 U. S. C. §1983, a pretrial detainee must show only that the force purposely or knowingly used against him was objectively unreasonable to prevail on an excessive force claim,” the Court held. Justice Stephen Breyer authored the majority opinion, in which Justices Anthony Kennedy, Ruth Bader Ginsburg, Elena Kagan, and Sonia Sotomayor joined.

According to the majority, determination of reasonableness must be made from the perspective of a reasonable officer on the scene, including what the officer knew at the time and must account for the “legitimate interests [stemming from the government’s] need to manage the facility in which the individual is detained,” appropriately deferring to “policies and practices that in th[e] judgment” of jail officials “are needed to preserve internal order and discipline and to maintain institutional security.”

In support, the majority argued that the objective standard is consistent with existing Court precedent and “adequately protects an officer who acts in good faith, e.g., by acknowledging that judging the reasonableness of the force used from the perspective and with the knowledge of the defendant officer is an appropriate part of the analysis.”

The Dissent on Kingsley v. Hendrickson

Justice Antonin Scalia authored a dissenting opinion, which was joined by Chief Justice John G. Roberts, Jr. and Justice Clarence Thomas. While Justice Scalia agreed that the Due Process Clause protects a pretrial detainee from “the use of excessive force that amounts to punishment,” he disagreed that any intentional application of force that is objectively unreasonable in degree meets that definition. In his separate dissent, Justice Samuel A. Alito, Jr. argued that the Court should not have considered the due process claims until the underlying Fourth Amendment issues were resolved.