Hurst v. Florida: Only a Jury Can Impose the Death Sentence 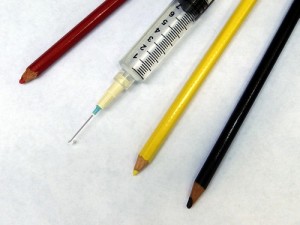 On January 12, 2016, the U.S. Supreme Court struck down Florida’s capital-sentencing scheme in Hurst v. Florida, 577 U. S. (2016). By a vote of 8-1, the justices held that allowing the trial judge to have the final say on a death sentence violated the Sixth Amendment, right to trial by jury, of the U.S. Constitution.

The Facts of Hurst v. Florida

A Florida jury convicted petitioner Timothy Hurst of first-degree murder for killing a co-worker and recommended the death penalty. The court sentenced Hurst to death, but he was granted a new sentencing hearing on appeal. At resentencing, the jury again recommended death, and the judge again found the facts necessary to sentence Hurst to death.

Under Florida’s death penalty statute, the jury recommends a sentence of life or death based on its assessment of aggravating and mitigating circumstances. However, the trial judge is the final decision maker and is not bound by the jury’s recommendation. Rather, the court may impose a death sentence only if it independently finds beyond a reasonable doubt that at least one “sufficient” aggravating circumstance exists and that the aggravators are not outweighed by any mitigating circumstances. In addition, only the judge’s written findings of fact are relevant on appellate review of a death sentence.

In support of its decision, the majority cited Apprendi v. New Jersey, in which the Court held that any fact that “expose[s] the defendant to a greater punishment than that authorized by the jury’s guilty verdict” is an “element” that must be submitted to a jury in accordance with the Sixth Amendment. The Court’s ruling in Hurst makes it clear that the same reasoning applies to death sentences. “Florida requires not the jury but a judge to make the critical findings necessary to impose the death penalty. That Florida provides an advisory jury is immaterial,” Justice Sotomayor wrote.

The Court also overruled two prior cases upholding Florida’s capital sentencing scheme — Spaziano v. Florida and Alleyne v. United States. “Time and subsequent cases have washed away the logic of Spaziano and Hildwin. Those decisions are thus overruled to the extent they allow a sentencing judge to find an aggravating circumstance, independent of a jury’s factfinding, that is necessary for imposition of the death penalty,” Justice Sotomayor explained.

Justice Stephen Breyer wrote a concurring opinion, in which he agreed with the Court’s ultimate ruling but not its reasoning. In his view, “the Eighth Amendment requires that a jury, not a judge, make the decision to sentence a defendant to death.”

The Dissent of Hurst v. Florida

Justice Samuel A. Alito, Jr. was the Court’s lone dissenter. First, he disagreed with the majority’s decision to overrule Hildwin and Spaziano “without reconsidering the cases on which the Court’s present decision is based.” He further argued that Ring should not be extended to Florida’s death sentence regime, maintaining that the Arizona and Florida systems are very different. Finally, even if there was a constitutional violation in this case, Alito argued that the error was harmless beyond a reasonable doubt.