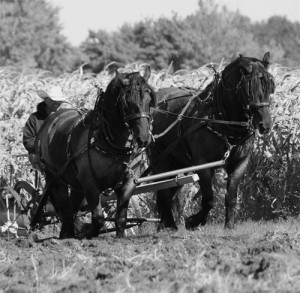 In Pollock v. Farmers Loan & Trust Co., 157 U.S. 429 (1895), the U.S. Supreme Court held that federal taxes on interest, dividends and rents violated Article 1 of the U.S. Constitution. In 1913, the adoption of the Sixteenth Amendment nullified the decision by removing the requirement that income tax be apportioned.

Pursuant to the Income Tax Act of 1894, any “gains, profits and incomes” in excess of $4,000 would be taxed at two percent for a period of five years. In compliance with the law, Farmers’ Loan & Trust Company informed its shareholders that it would pay the tax as well as inform the Department of Treasury who the company paid income to and thus would be liable under the statute. Charles Pollock, a stockholder in the company, filed suit enjoin Farmers’ Loan & Trust Company from paying the income tax and notifying the Treasury about who it paid income to. The primary legal issue before the Court was whether the taxes constituted “direct taxes” that must be apportioned in accordance with the Constitution.

Prior to the enactment of the Sixteenth Amendment, the U.S. Constitution mandated that all direct taxes be imposed in proportion to each state’s population. Pursuant to Article 1, Section 2:

By a narrow margin of 5-4, the Court held that the Income Tax Act violated the Constitution because it was a direct tax not apportioned properly among the states. Chief Justice Melville Fuller wrote on behalf of the majority. As he explained:

The tax imposed by sections 27 to 37, inclusive, of the act of 1894, so far as it falls on the income of real estate, and of personal property, being a direct tax, within the meaning of the constitution, and therefore unconstitutional and void, because not apportioned according to representation, all those sections, constituting one entire scheme of taxation, are necessarily invalid.

In reaching its decision, the majority examined documents from the Framers, economists, and earlier Court decisions to determine the meaning of “direct taxes.” It concluded:

Ordinarily, all taxes paid primarily by persons who can shift the burden upon someone else, or who are under no legal compulsion to pay them, are considered indirect taxes; but a tax upon property holders in respect of their estates, whether real or personal, or of the income yielded by such estates, and the payment of which cannot be avoided, are direct taxes.

While the Court acknowledged that apportionment was a burdensome task, the Court noted that the requirement was intended to “to restrain the exercise of the power of direct taxation to extraordinary emergencies, and to prevent an attack upon accumulated property by mere force of numbers.”

It is, I submit, greatly to be deplored that after more than 100 years of our national existence, after the government has withstood the strain of foreign wars and the dread ordeal of civil strife, and its people have become united and powerful, this court should consider itself compelled to go back to a long repudiated and rejected theory of the constitution, by which the government is deprived of an inherent attribute of its being—a necessary power of taxation.

In his dissent, Justice Harlan stated:

When, therefore, this court adjudges, as it does now adjudge, that Congress cannot impose a duty or tax upon personal property, or upon income arising either from rents of real estate or from personal property, including invested personal property, bonds, stocks, and investments of all kinds, except by apportioning the sum to be so raised among the States according to population, it practically decides that, without an amendment of the Constitution—two-thirds of both Houses of Congress and three-fourths of the States concurring—such property and incomes can never be made to contribute to the support of the national government.

The ratification of the Sixteenth Amendment eliminated that apportionment of direct taxes, such as tax on income from property. It expressly states: “The Congress shall have power to lay and collect taxes on income, from whatever source derived, without apportionment among the several States, and without regard to any census or enumeration.”