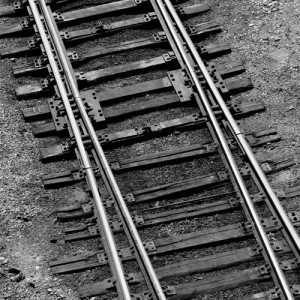 The Great Northern Railway Company and the Northern Pacific Railway Company owned, controlled and operated separate and competing lines of railway from the Great Lakes and the Mississippi River to the Pacific Ocean at Puget Sound. In 1901, Wall Street banker J.P. Morgan and railroad owner James J. Hill spearheaded the formation of a holding company, known as Northern Securities Co., that would hold the shares of the two companies.

The practical result was the consolidation of the competing railroad companies and a monopoly over the industry. In response, President Roosevelt directed the Department of Justice to file suit under the Sherman Antitrust Act. The federal statute, enacted in in 1890, prohibited [e]very contract, combination in the form of trust or otherwise, or conspiracy, in restraint of trade or commerce among the several States, or with foreign nations,” and declared illegal attempts to monopolize such commerce or any part of it.

By a vote of 5-4, the Court held that Northern Securities Co. had violated the Sherman Antitrust Act, finding that “the arrangement was an illegal combination in restraint of interstate commerce.” It further found that the holding company was formed with the intent to eliminate competition.

“So long as Congress keeps within the limits of its authority as defined by the Constitution, infringing no rights recognized or secured by that instrument, its regulations of interstate and international commerce, whether founded in wisdom or not, must be submitted to by all,” Justice John M. Harlan wrote. “Harm, and only harm, can come from the failure of the courts to recognize this fundamental principle of constitutional construction.”

The majority also acknowledged that its decision would impact a growing corporate America. Justice Harlan wrote:

To depart from it because of the circumstances of special cases, or because the rule, in its operation, may possibly affect the interests of business, is to endanger the safety and integrity of our institutions and make the Constitution mean not what it says, but what interested parties wish it to mean at a particular time and under particular circumstances. The supremacy of the law is the foundation rock upon which our institutions rest.

The majority’s decision was the first to uphold the enforcement of the Sherman Antitrust Act. It broad interpretation of the Commerce Clause also paved the way for further economic regulations.

Justices Holmes, Fuller, White, and Peckham all dissented. While their arguments differed, the dissenting justices disagreed with the majority’s holding that all restraints on trade were prohibited, whether unreasonable or not. As Justice White noted, all combinations, including those that help grow industries, have the tendency to reduce competition.