Liberal Commentators on the Presidential Eligibility Clause and Originalism 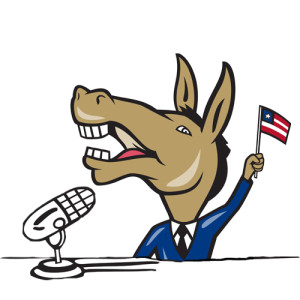 Both Professors Larry Tribe and Thomas Lee are playing a game of “gotcha” with Ted Cruz when it comes to defining “natural born citizen” under the Presidential Eligibility Clause. Yet, neither are very convincing in their arguments that, based on this issue, conservatives should abandon the theory of originalism and convert to a liberal way of thinking about the Constitution. Originalism concerns the legal philosophy that one should read law based on the meaning of the words adopted at the time the law was written.  Both professors are using this situation to disparage originalism, which Cruz supports. Tribe and Lee insist that a plain reading of the Constitution would not include Cruz, and therefore, his own conservative philosophy fails him. Their arguments are misplaced.

Article II, Section I, Clause 5 (the Presidential Eligibility Clause), states that: “No person except a natural born Citizen, or a Citizen of the United States, at the time of the Adoption of this Constitution, shall be eligible to the Office of President[.]” From reading the plain language, there is a distinction, I believe, the Founders were making by using the disjunctive, “or.”

The Founders believed a president ought to be someone who has sole allegiance to this country, and one way of assuring that is to require a person be “natural born,” or born on the land to a legal father.  If a person is born on the land, there is no question that the person is a citizen of the United States alone, because no other country could lay claim to the birth (as in the case of someone being born of American parents in Spain or Italy).

But then there is the presence of the disjunctive “or” in Article II, Section I, Clause 5: “No person except a natural born Citizen, or a Citizen of the United States . . .” Many who argue that only natural born citizens can be President leave the second part out of their reading, probably because the next phrase, “at the time of the Adoption of this Constitution,” appears only to include the Founders and people on the land at time the Constitution was signed. Yet, one can argue that if the Founders, who were British subjects, only wanted themselves to be an exception to the rule that only “natural born” citizens could run for President, then the text should have been more restrictive to reflect that desire. For example, the Founders could have said a person has to be natural born “or a Citizen of the United States, existing at the time of the Adoption of this Constitution.” That would leave out any naturalized citizens that came afterward. It appears, however, the Founders left the door open for persons (including themselves) to run for office, who are citizens through some means other than being born on the land; and, the power to decide who is a citizen other than a natural born citizen was given to the Congress. Therefore, a plausible reading of the clause along with Article I, Section 8, Clause 4, could mean that both natural born citizens, as understood at the time the Constitution was adopted, would include those born on the land to a father who was a citizen and any other type of citizen that Congress may define at later date.  Congress cannot, however, decide who a natural born citizen is because at the time of the adoption of the Constitution, it was understood that a person was a natural born citizen through the citizenship of the father.  Changing the original understanding of “natural born” would require a constitutional amendment.  But that does not stop Congress from creating another category of citizen by statute.

Under Article I, Section 8, Clause 4, “The Congress shall have Power To . . . establish an uniform Rule of Naturalization. . . .” Congress has established by subsequent statutes those who are citizens in addition to natural born citizens.  Again, at the time, the Founders understood that to be a citizen meant loyalty to the country and citizenship was granted to a child through the citizenship of the father (patrilineal descent).  Yet, because the power is vested in the Congress to decide who a citizen is other than natural born, Congress can by statute grant citizenship through the mother as well. Those persons should be able to run for President, because it is hard to accept that the Founders, who were not natural born citizens were able to run for office, yet later generations who were similarly situated could not. And if one reads the Equal Protection Clause of the Fourteenth Amendment along with the Presidential Eligibility Clause, one cannot escape the fact that equal protection of the laws could be denied to future naturalized citizens to run for office, since the Founders did not make the Office of the President exclusive to natural born citizens (they carved out an exception for themselves).

It is true that the courts have not weighed-in on the Presidential Eligibility Clause, leaving the door open to challenge. This is the “cloud” to which Donald Trump refers. But the charge that somehow originalism has failed conservatives on this issue is wrong. The clause read in total keeps with the originalist philosophy, and thus, is also in harmony with the Fourteenth Amendment.