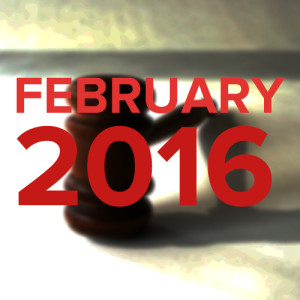 The U.S. Supreme Court returns from recess on February 22, 2016 without Justice Antonin Scalia. Below is a brief summary of the Supreme Court’s Case Docket that the Eight justices will consider this month.

Kingdomware Technologies, Inc. v. United States: The case involves how to interpret Veterans Benefits, Health Care, and Information Technology Act of 2006, which provides that contracting officers at the Department of Veterans Affairs “shall award” contracts on the basis of competition restricted to small businesses owned by veterans whenever there is a “reasonable expectation” that two or more such businesses will bid for the contract at “a fair and reasonable price that offers best value to the United States.” The question before the Court is whether the Federal Circuit Court of Appeals erred in construing the statute’s mandatory set-aside restricting competition for Department of Veterans Affairs’ contracts to veteran-owned small businesses as discretionary.

Utah v. Strieff: The criminal law case is likely to add to the Court’s Fourth Amendment exclusionary rule jurisprudence. The justices will specifically consider whether evidence seized incident to a lawful arrest on an outstanding warrant should be suppressed because the warrant was discovered during an investigatory stop later found to be unlawful? The state argues that even if the initial stop was illegal, the discovery of the warrant is an intervening event and, therefore, the exclusionary rule should not apply. Given that the Roberts Court has demonstrated that it believes that the exclusionary rule should be a last resort, it will be interesting to see whether the justices agree.

Taylor v. United States: The crux of this criminal case is whether drug dealing impacts interstate commerce, a requirement for prosecution under the Hobbs Act. The specific question the Court will address is whether, in a federal criminal prosecution under the Hobbs Act, the Government is relieved of proving beyond a reasonable doubt the interstate commerce element by relying exclusively on evidence that the robbery or attempted robbery of a drug dealer is an inherent economic enterprise that satisfies, as a matter of law, the interstate commerce element of the offense.

Halo Electronics, Inc. v. Pulse Electronics, Inc.: The justices will again consider when higher damages should be awarded in patent infringement cases. The Court agreed to consider the following question: whether the Federal Circuit erred by applying a rigid, two-part test for enhancing patent infringement damages under 35 U.S.C. § 284, that is the same as the rigid, two-part test this Court rejected in Octane Fitness, LLC v. ICON Health & Fitness, Inc., 134 S. Ct. 1749 (2014), for imposing attorney fees under the similarly-worded 35 U.S.C. § 285.

Hughes v. Talen Energy Marketing: The Supreme Court has agreed to take up another case involving the price of electricity. The justices will address the following questions: (1) whether, when a seller offers to build generation and sell wholesale power on a fixed-rate contract basis, the Federal Power Act field-preempts a state order directing retail utilities to enter into the contract; and (2) whether the Federal Energy Regulatory Commission’s acceptance of an annual regional capacity auction preempts states from requiring retail utilities to contract at fixed rates with sellers who are willing to commit to sell into the auction on a long-term basis. The Court’s decision is expected to not only impact the state of Maryland, but other starts like New Jersey that operate a similar subsidy plan.

Voisine v. United States: The Court will interpret a federal law that bans individuals who have been convicted of domestic violence from possessing firearms. The question before the Court is Whether a misdemeanor crime with the mens rea of recklessness qualifies as a “misdemeanor crime of domestic violence” as defined by 18 U.S.C. §§ 921(a)(33)(A) and 922(g)(9). Notably, the justices declined to address whether the statute violates the Second, Fifth and Sixth Amendments.

Williams v. Pennsylvania: The Court latest death penalty case involves judicial bias. The issues before the Court include: (1) whether the Eighth and Fourteenth Amendments are violated where a state supreme court justice declines to recuse himself in a capital case in which he had personally approved the decision to pursue capital punishment against the defendant in his prior capacity as an elected prosecutor and continued to head the prosecutors’ office that defended the death verdict on appeal, and where he had publicly expressed strong support for capital punishment during his judicial election campaign by referencing the number of defendants he had “sent” to death row, including the defendant in the case now before the court; and (2) whether the Eighth and Fourteenth Amendments are violated by the participation of a potentially biased jurist on a multimember tribunal deciding a capital case, regardless of whether his vote is ultimately decisive.