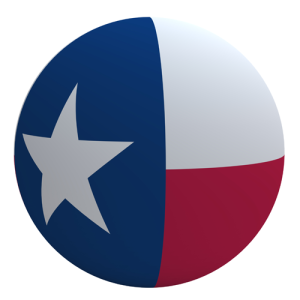 In January, the U.S. Supreme Court added another potential blockbuster case to the current Term. In United States v. Texas, the justices will consider whether President Obama’s use of executive action to further his immigration policy violated the Take Care Clause of the U.S. Constitution.

In 2014, the Department of Homeland Security (DHS) issued new guidance regarding a practice known as “deferred action,” under which the Secretary has the discretion to forbear, “for humanitarian reasons or simply for [his] own convenience,” from removing particular aliens from the United States. The DHS Director ordered his subordinates to establish a process for considering deferred action for certain aliens who have lived in the United States for five years and either came here as children or already have children who are U.S. citizens or permanent residents. The new policy, known as DAPA (Deferred Action for Parents of Americans), was challenged by 26 states.

Several days before the new guidance was scheduled to take effect, U.S. District Judge Andrew Hanen issued a temporary injunction, holding that the Obama Administration failed to comply with the Administrative Procedure Act (APA). The U.S. Court of Appeals for the Fifth Circuit upheld the order, and the federal government appealed to the U.S. Supreme Court.

Vey few Supreme Court cases have interpreted the Take Care Clause. Most notably, the U.S. Supreme Court partly relied on the Take Care Clause in its 1952 decision in Youngstown Sheet & Tube Co. v. Sawyer. The landmark case held that President Harry S. Truman’s use of executive action to seize the country’s steel mills was unconstitutional. “The President’s power to see that the laws are faithfully executed refutes the idea that he is to be a lawmaker,” Justice Hugo L. Black wrote. In Justice Black’s view, the President’s authority must stem either from an act of Congress or from the Constitution itself. Justice Robert Jackson’s concurrence adopted a more flexible framework that is more frequently used in executive power cases.

The Issues Before the Court Regarding United States v. Texas

The Supreme Court agreed to consider the following two questions raised by the federal government: Whether a State that voluntarily provides a subsidy to all aliens with deferred action has Article III standing and a justiciable cause of action under the APA to challenge the Guidance because it will lead to more aliens having deferred action; whether the Guidance is arbitrary and capricious or otherwise not in accordance with law; and whether the Guidance was subject to the APA’s notice-and-comment procedures.

In its order granting certiorari, the Court also directed the parties to consider the larger Constitutional issue: “whether the guidance violates the Take Care Clause of the Constitution, Article II, section 3.” Accordingly, the Court’s decision could significantly alter the ability of future Presidents to rely on executive action.