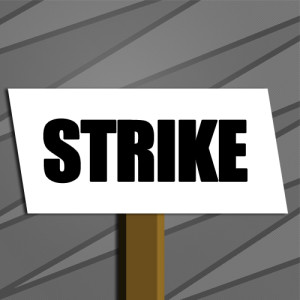 In In re Eugene V. Debs, 158 U.S. 564 (1895), the U.S. Supreme Court upheld the government’s use of a court injunction to order striking workers back on the job. In a unanimous decision, the Court held that the federal government had the right to issue the injunction based on its power over interstate commerce and the federal Postal Service.

The Facts of In re Eugene V. Debs

After the Pullman Palace Car Company reduced the wages of its workers by 25 percent, approximately 3,000 workers walked off the job. The striking workers, who belonged to the American Railroad Union (ARU), eventually numbered 125,000. One of the protests became violent, resulting in building fires and the derailment of a U.S. mail train. In response to the disruption to the U.S. Postal Service, President Grover Cleveland directed the U.S. Attorney General to seek an injunction to stop the strike.

The resulting court order prohibited union leaders from “compelling or inducing by threats, intimidation, persuasion, force or violence, railway employees to refuse or fail to perform duties,” as well as communicating with subordinates. Eugene V. Debs, president of the ARU, refused to comply with the federal injunction ordering the strikers back to work. He was subsequently cited for contempt of court and appealed the decision to the courts.

The Court’s Decision on In re Eugene V. Debs

The Court first addressed whether the federal government was authorized to intervene in the labor strike. In answering yes, the Court cited the Commerce Clause of the U.S. Constitution and Article I, Section 8, Clause 7, which authorized Congress to establish post offices.  “The strong arm of the national government may be put forth to brush away all obstructions to the freedom of interstate commerce or the transportation of the mails,” Justice Brewer wrote. He also added:

As, under the Constitution, power over interstate commerce and the transportation of the mails is vested in the national government, and Congress, by virtue of such grant, has assumed actual and direct control, it follows that the national government may prevent any unlawful and forcible interference therewith.

The Court then considered whether an injunction was the proper legal remedy. As framed by Justice Brewer: “Have the vast interests of the nation in interstate commerce and in the transportation of the mails no other protection than lies in the possible punishment of those who interfere with it?”

The Court concluded that the federal government was authorized to pursue an injunction to protect the general welfare. “Every government, entrusted, by the very terms of its being, with powers and duties to be exercised and discharged for the general welfare, has a right to apply to its own courts for any proper assistance in the exercise of the one and the discharge of the other.”

As Justice Brewer noted, seeking an injunction was the most reasonable course of action. He wrote:

[T]he right to use force does not exclude the right of appeal to the courts for a judicial determination and for the exercise of all their powers of prevention. Indeed, it is more to the praise than to the blame of the government that, instead of determining for itself questions of right and wrong on the part of these petitioners and their associates and enforcing that determination by the club of the policeman and the bayonet of the soldier, it submitted all those questions to the peaceful determination of judicial tribunals, and involved their consideration and judgment as to the measure of its rights and powers and the correlative obligations of those against whom it made complaint. And it is equally to the credit of the latter that the judgment of those tribunals was by the great body of them respected, and the trouble which threatened so much disaster terminated.

As a practical matter, the decision in In re Web curbed the growing power of labor unions. It also spurred criticism of the Court as a tool for big business rather than ordinary citizens.