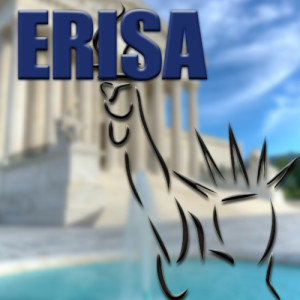 On March 1, 2016, the U.S. Supreme Court held that the Employee Retirement Income Security Act (ERISA) pre-empts a Vermont law requiring certain entities, including health insurers, to report payments relating to health care claims to a state agency for compilation in an all-inclusive health care database. The case, Gobeille v. Liberty Mutual Insurance Company, 577 U. S. ____ (2016), was decided by a vote of 6-2.

Gobeille v. Liberty Mutual Insurance Company Liberty Mutual Insurance Company’s health plan (Plan) is considered an “employee welfare benefit plan” under ERISA. The Plan’s third-party administrator, Blue Cross Blue Shield of Massachusetts, Inc. (Blue Cross), which is subject to Vermont’s disclosure statute, was ordered to transmit its files on eligibility, medical claims, and pharmacy claims for the Plan’s Vermont members. Citing concerns that the disclosure of such confidential information might violate its fiduciary duties, Liberty Mutual instructed Blue Cross not to comply and filed suit. It sought a declaration that ERISA pre-empts application of Vermont’s statute to the Plan and an injunction prohibiting Vermont from trying to acquire data about the Plan or its members. The District Court granted summary judgment to Vermont. However, the Second Circuit reversed, concluding that Vermont’s reporting scheme is pre-empted by ERISA.

The majority of the Supreme Court concluded that ERISA pre-empts Vermont’s statute as applied to ERISA plans. Justice Anthony Kennedy authored the opinion.

In reaching its decision, the Court adopted a broad interpretation of ERISA’s pre-emption rule that may impact future cases. As noted by the Court, ERISA preempts “any and all State laws insofar as they may now or hereafter relate to any employee benefit plan.” According to the majority, the Vermont law is preempted because its govern, or interfere with the uniformity of, plan administration and therefore has an impermissible “connection with” ERISA plans. As Justice Kennedy further explained:

The State’s law and regulation govern plan reporting, disclosure, and—by necessary implication—recordkeeping. These matters are fundamental components of ERISA’s regulation of plan administration. Differing, or even parallel, regulations from multiple jurisdictions could create wasteful administrative costs and threaten to subject plans to wide-ranging liability. Pre-emption is necessary to prevent the States from imposing novel, inconsistent, and burdensome reporting requirements on plans.

The majority rejected Vermont’s argument that Liberty Mutual had failed to show that the State scheme has caused it to suffer economic costs. “A plan need not wait to bring a pre-emption claim until confronted with numerous inconsistent obligations and encumbered with any ensuing costs,” Justice Kennedy wrote. The Court also held that ERISA’s pre-existing reporting, disclosure, and recordkeeping provisions maintain their pre-emptive force regardless of whether the new Patient Protection and Affordable Care Act’s reporting obligations also pre-empt state law.

With regard to a way forward in light of the decision, Justice Stephen Breyer noted in his concurring opinion:

I see no reason why the Secretary of Labor could not develop reporting requirements that satisfy the States’ needs, including some State-specific requirements, as appropriate. Nor do I see why the Department could not delegate to a particular State the authority to obtain data related to that State, while also providing the data to the Federal Secretary for use by other States or at the federal level.