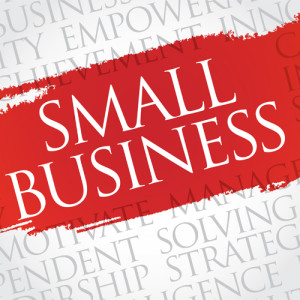 In Swift & Co. v. United States, 196 U.S. 375 (1905), the U.S. Supreme Court held that Congress was authorized under the Constitution to regulate local business activities that were part of the “stream of commerce” between states. The ruling allowed President Theodore Roosevelt to rely on the Sherman Antitrust Act to break up a Chicago “beef trust.”

The case revolved around the federal government’s efforts to enforce the Sherman Antitrust Act of 1890 against several Chicago meat dealers. As noted in prior posts, the statute prohibited [e]very contract, combination in the form of trust or otherwise, or conspiracy, in restraint of trade or commerce among the several States, or with foreign nations,” and declared illegal attempts to monopolize such commerce or any part of it.

President Roosevelt ordered the U.S. Attorney General to file suit against the “Big Six” leading meatpackers, which included Swift and Company. The antitrust suit alleged that the meatpackers agreed not to bid against each other in the livestock markets of several states, to bid up prices for a few days in order to induce the cattle men to send their stock to the stockyards, to fix prices at which they will sell, and to restrict shipments of meat when necessary, to establish a uniform rule of credit to dealers and to keep a blacklist, to make uniform and improper charges for cartage, and to get less than lawful rates from the railroads to the exclusion of competitors.

Citing the Court’s prior interpretation of the Commerce Clause in Gibbons v. Ogden, the meat dealers maintained that their activities were purely local and, thus, outside of Congress’ regulatory authority. However, the court sided with the federal government.

The Supreme Court upheld the injunction against the meatpackers. Justice Oliver Wendell Homes authored the unanimous opinion. He wrote:

When cattle are sent for sale from a place in one State with the expectation that they will end their transit, after purchase in another, and when in effect they do so … and when this is a typical, constantly recurring course, the current thus existing is a current of commerce among the States, and the purchase of the cattle is part and incident of such commerce.

The decision reflects how the Supreme Court’s interpretation of the Commerce Clause became increasingly broad at the turn of the 20th Century, largely in response to lawsuits brought under the Sherman Antitrust Act. In Swift & Co. v. United States, the Court held that local activities could be regulated so long as they lie within the “stream of interstate commerce.”