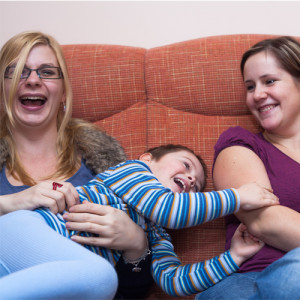 In V.L. v. E.L, 577 U. S. ____ (2016), the U.S. Supreme Court unanimously held that the State of Alabama must recognize an adoption by a same-sex parent that occurred in another state. The Court’s per curium decision rested on the Constitution’s Full Faith and Credit Clause.

A Georgia court entered a final judgment of adoption making petitioner V.L. a legal parent of the children that she and her lesbian partner, respondent E.L., had raised together from birth. E.L. was the biological mother of the children, who were conceived through assisted reproductive technology. V.L. secured her parental rights via a “second parent” adoption.

V.L. and E.L. later separated while living in Alabama. V.L. asked the Alabama courts to enforce the Georgia judgment and grant her custody or visitation rights. The Alabama Supreme Court ruled against her, holding that the Georgia court had no subject-matter jurisdiction under Georgia law to enter a judgment allowing V.L. to adopt the children while still recognizing E.L.’s parental rights. Accordingly, the Full Faith and Credit Clause of the U.S. Constitution did not require the Alabama courts to respect the Georgia judgment.

The Full Faith and Credit Clause

Article IV, Section 1 of the U.S. Constitution provides that “Full Faith and Credit shall be given in each State to the public Acts, Records, and judicial Proceedings of every other State.” The Clause requires each State to recognize and give effect to valid judgments rendered by the courts of its sister States. As set forth in Milwaukee County v. M. E. White Co., 296 U. S. 268, 277 (1935), the Clause serves “to alter the status of the several states as independent foreign sovereignties, each free to ignore obligations created under the laws or by the judicial proceedings of the others, and to make them integral parts of a single nation.”

Under the Full Faith and Credit Clause, a State may not disregard the judgment of a sister State because it disagrees with the reasoning underlying the judgment or deems it to be wrong on the merits. However, a State is not required to afford full faith and credit to a judgment rendered by a court that “did not have jurisdiction over the subject matter or the relevant parties.”

As the opinion further explained, the Alabama Supreme Court’s determination that the Georgia court misapplied its state adoptions laws went to the merits of the case and not jurisdiction. According to the Court, while the Alabama court asserted that the Georgia court granting the adoption lacked jurisdiction, it really disagreed with the Georgia’s court’s determination that such same-sex parental adoptions are legal.