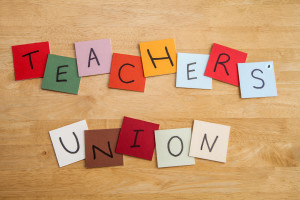 Friedrichs v. California Teachers Association
In California, public school teachers are legally required to financially contribute to the local teachers’ union and that union’s state and national affiliates. In essence, they must either join the union or pay a “fair share service fee” intended to support union activities that are “germane to [the union’s] functions as the exclusive bargaining representative.” To avoid subsidizing expenditures unrelated to collective bargaining, public teachers must affirmatively object to nonchargeable expenses. The written objection must be subsequently renewed every year.

Several California teachers objected to California’s the agency-shop system and opt-out requirements, alleging that they ran afoul of the First Amendment. The Ninth Circuit Court of Appeals rejected the claims, maintaining that their were foreclosed by the Supreme Court’s long-standing precedent in Abood v. Detroit Board of Education.  In the 1977 case, the Court held that the First Amendment does not prohibit public employees who do not join the union from being required to pay their “fair share” of dues for collective bargaining, contract administration, and grievance adjustment.

In granting certiorari in the case, the Supreme Court agreed to address whether Abood should be overruled. It also agreed to consider “whether it violates the First Amendment to require that public employees affirmatively object to subsidizing nonchargeable speech by public-sector unions, rather than requiring that employees affirmatively consent to subsidizing such speech.”

The Court’s per curium decision consisted of one sentence. It read: “The judgment is affirmed by an equally divided Court.” The practical result of a 4-4 tie is that the lower court decision stands, without creating any new new precedent.

At least one party involved in the case has publicly acknowledged plans to pursue a petition for rehearing. Under Rule 44 of the Supreme Court Rules, a petition for the rehearing of any judgment or decision of the Court on the merits must be filed within 25 days after entry of the judgment or decision. The rule further provides that a majority of the Justices, including one who concurred in the original decision, must vote to rehear. It is unclear how this would work given that the justices were evenly divided.