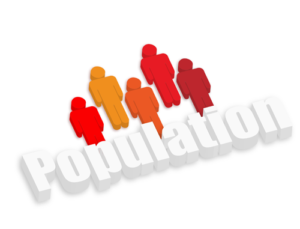 In Evenwel v. Abbott, 578 U. S. ____ (2016), the U.S. Supreme Court held that a state or locality may draw its legislative districts based on total population. The unanimous 8-0 decision is one of the most significant redistricting cases in decades, although the Court declined to go so far as to constitutionally mandate that states use total population.

The Facts of Evenwel v. Abbott

A group of Texas voters filed suit against the Texas Governor and Secretary of State. The suit alleged that using a voter-population baseline of eligible voters or registered voters resulted in a maximum population deviation exceeding 40 percent. Accordingly, the plaintiffs maintained that apportionment on total population diluted their votes in relation to voters in other Senate districts, in violation of the one-person, one-vote principle of the Equal Protection Clause. They sought enjoin use of the existing Senate map in favor of a map that would equalize the voter population in each district.

By a vote of 8-0, the Supreme Court held that the Texas map complies with the requirements of the one-person, one-vote principle. Justice Ruth Bader Ginsburg authored the Court’s main opinion, while Justices Samuel A. Alito, Jr. and Clarence Thomas both authored concurrences.

In her opinion, Justice Ginsburg noted that the Framers believed that a total-population baseline furthered the principle of representational equality. She also cited the Court’s long line of precedent of looking to total-population figures when evaluating whether districting maps violate the Equal Protection Clause.

Justice Ginsburg also noted that using total population has become standard practice. “What constitutional history and our prior decisions strongly suggest, settled practice confirms,” she wrote. “Adopting voter-eligible apportionment as constitutional command would upset a well-functioning approach to districting that all 50 States and countless local jurisdictions have followed for decades, even centuries.”

Justice Ginsburg went on to explain the legitimate rationale behind counting all citizens. “Nonvoters have an important stake in many policy debates and in receiving constituent services,” she wrote. “By ensuring that each representative is subject to requests and suggestions from the same number of constituents, total-population apportionment promotes equitable and effective representation.”

As Justice Alito highlighted in his concurring opinion, the Court declined to hold that states must draw up their legislative district using total population as a starting point. It also did not resolve whether states may draw districts to equalize voter-eligible population rather than total population. Rather, the constitutionality of other approaches will be considered in future cases. Justice Alito wrote:

Whether a state is permitted to use some measure other than total population is an important and sensitive question that we can consider if and when we have before us a state districting plan that, unlike the current Texas plan, uses something other than total population as the basis for equalizing the size of districts. . . .  For centuries, political theorists have debated the proper role of representatives, and political scientists have studied the conduct of legislators and the interests that they actually advance.