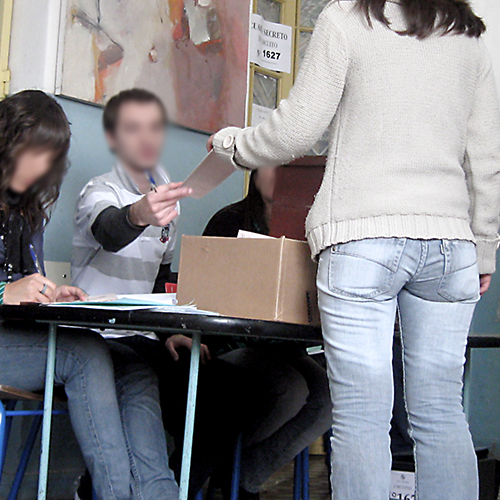 The Nineteenth Amendment to the United States Constitution was ratified on August 18, 1920. It prohibits any United States citizen from being denied the right to vote on the basis of sex.

The suffrage movement began in the early 1800s with petitions, protests, and lectures. However, supporters of guaranteeing women the right to vote faced fierce opposition, and it took several decades for women to finally secure the right to vote.

On October 15, 1872, Virginia Minor, a native born, free, white citizen of the United States, and of the State of Missouri, sought to register her as a lawful voter. The registrar refused based on the fact that she was not a “male citizen of the United States,” but a woman. Minor filed suit, arguing that denying the right to vote violated the Fourteenth Amendment. The case, Minor v. Happersett, 88 U.S. 162 (1875), ultimately reached the U.S. Supreme Court.

The justices unanimously held that “the Constitution of the United States does not confer the right of suffrage upon any one, and that the constitutions and laws of the several States which commit that important trust to men alone are not necessarily void.” In reaching its decision in Minor, the Court reasoned that neither the Constitution nor the Fourteenth Amendment made all citizens voters.

The Court further noted that legally guaranteeing women the right to vote would require an amendment to the U.S. Constitution. “If the law is wrong, it ought to be changed; but the power for that is not with us,” the opinion stated.

The Text of the Nineteenth Amendment

While an amendment was first introduced in 1878, it would take nearly 40 more years of tireless work for suffragists to finally accomplish their goal. In the spring of 1919, Congress finally passed the amendment at the behest of President Woodrow Wilson. With Tennessee’s ratification of the Nineteenth Amendment on August 18, 1920, it attained the necessary approval of three-fourths of the states.

The right of citizens of the United States to vote shall not be denied or abridged by the United States or by any State on account of sex. Congress shall have power to enforce this article by appropriate legislation.

In Leser v. Garnett, 258 U.S. 130 (1922), the U.S. Supreme Court rejected a lawsuit alleging that the amendment was improperly adopted and, therefore, unconstitutional. The justices dismissed several arguments, notably that the Nineteenth Amendment impermissibly infringed on the rights of states themselves, contradicting state constitutions and forcing the dilution of state voter rolls.