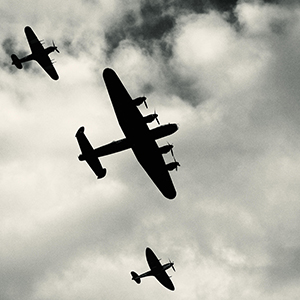 In Arver v. United States, 245 U.S. 366 (1918), the U.S. Supreme Court held that Congress was authorized under the Constitution to compel military service pursuant to the Selective Service Act of 1917. The consolidated cases are also known as the “Selective Draft Law Cases.”

Congress enacted the Selective Service Act of 1917 to temporarily increase the size of the U.S. military during World War I. The statute subjected “all male citizens between the ages of twenty-one and thirty to duty in the national army for the period of the existing emergency after the proclamation of the President announcing the necessity for their service.”

The Selective Service Act authorized the President to create local boards to consider claims for exemption, such as physical disability. The law also exempted certain United States and state officials from the draft, as well as those already in the military or naval service of the United States. Exemptions also applied to regular or duly ordained ministers of religion, theological students, and members of religious sects whose tenets excluded the moral right to engage in war.

The plaintiffs were required present themselves for registration under the Selective Draft Law, failed to do so, and were subsequently prosecuted. They argued that Congress lacked the power to compel military service by a selective draft. They further argued that, even if such power had been granted under the Constitution, the terms of the statute were beyond that power and repugnant to the Constitution.

In a unanimous decision, the justices upheld the constitutionality of the Selective Draft Law. Chief Justice Edward D. White authored the Court’s opinion.

The grant to Congress of power to raise and support armies, considered in conjunction with the grants of the powers to declare war, to make rules for the government and regulation of the land and naval forces, and to make laws necessary and proper for executing granted powers (Constitution, Art. I, § 8), includes the power to compel military service.

The Court also rejected the argument that the Selective Draft Law creates involuntary servitude in violation of the Thirteenth Amendment. As the Chief Justice wrote:

Finally, as we are unable to conceive upon what theory the exaction by government from the citizen of the performance of his supreme and noble duty of contributing to the defense of the rights and honor of the nation, as the result of a war declared by the great representative body of the people, can be said to be the imposition of involuntary servitude in violation of the prohibitions of the Thirteenth Amendment, we are constrained to the conclusion that the contention to that effect is refuted by its mere statement.

The Court also held that the law did not violate the First Amendment by exempting ministers of religion and theological students under certain conditions and by relieving from strictly military service members of certain religious sects whose tenets deny the moral right to engage in war.