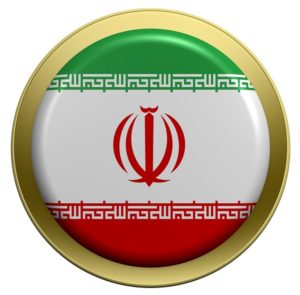 In Bank Markazi v. Peterson, 578 U. S. ____ (2016), the U.S. Supreme Court held that Section 8772 of the Iran Threat Reduction and Syria Human Rights Act of 2012 does not violate the separation of powers. Congress enacted the statute to ensure that assets held by the Bank of Iran would be available to satisfy judgments obtained by victims of terrorist acts sponsored by the country.

The high-profile case involved whether $2 billion of bonds held by the Central Bank of Iran can be seized and distributed to victims of terrorism who filed suit against the country. As the Court noted in its opinion, Americans can seek money damages from state sponsors of terrorism in the courts of the United States. However, they often have great difficulty enforcing their judgments.

More than 1,000 victims of IraBank Markazi v. Peterson-sponsored acts of terrorism, their estate representatives, and surviving family members brought suit against Iran. To enforce judgments that they obtained by default, the plaintiffs moved for turnover of about $1.75 billion in bond assets held in a New York bank account—assets they maintained were owned by Bank Markazi, the Central Bank of Iran.

While the case was pending, Congress enacted the Iran Threat Reduction and Syria Human Rights Act of 2012, which applies exclusively to the litigation. “In order to ensure that Iran is held accountable for paying the judgments,” 22 U. S. C. §8772. Section 8772(a)(2) provides that, notwithstanding any other state or federal law, the assets “shall be subject to execution” upon only two findings – essentially, that Bank Markazi has a beneficial interest in them and that no one else does.

Bank Markazi maintained that §8772 violated the separation-of-powers doctrine, arguing that Congress had usurped the judicial role by directing a particular result in the pending enforcement proceeding. The District Court disagreed, concluding that §8772 permissibly changed the law applicable in a pending litigation. The Second Circuit Court of Appeals affirmed.

By a vote of 6-2, the Supreme Court upheld the constitutionality of the statute. Justice Ruth Bader Ginsburg authored the majority opinion, in which Justices Anthony M. Kennedy, Clarence Thomas, Stephen G. Breyer, Samuel A. Alito Jr. and Elena Kagan joined.

The majority held that although Article III prohibits Congress from directing a court how to apply pre-existing law to particular circumstances, it can amend a law and make the amended prescription retroactively applicable in pending cases.

“Congress, our decisions make clear, may amend the law and make the change applicable to pending cases, even when the amendment is outcome determinative,” Ginsburg wrote. She further added that Congress’ actions presented “no threat to the independence of the judiciary.”

The majority rejected the argument that §8772 prescribes a rule for a single, pending case identified by caption and docket number, highlighting that the statute facilitates execution of judgments in 16 suits. As Justice Ginsburg further noted, “This Court and lower courts have upheld as a valid exercise of Congress’ legislative power laws governing one or a very small number of specific subjects.

The majority further found that the Iran Threat Reduction and Syria Human Rights Act of 2012 is an “exercise of congressional authority regarding foreign affairs, a domain in which the controlling role of the political branches is both necessary and proper.” As Ginsburg further explained, “Measures taken by the political branches to control the disposition of foreign-state property, including blocking specific foreign-state assets or making them available for attachment, have never been rejected as invasions upon the Article III judicial power.”

Chief Justice John Robert wrote a dissenting opinion, which was joined by Justice Sonia Sotomayor. “Article III of the Constitution commits the power to decide cases to the judiciary alone,” Roberts wrote. “Yet in this case, Congress arrogated that power to itself.”

Roberts also raised concerns about the potential implications of the majority’s decision. “Hereafter, with this court’s approval, Congress can unabashedly pick the winners and losers in particular pending cases. Today’s decision will indeed become a blueprint for extensive expansion of the legislative power at the judiciary’s expense,” the Chief Justice argued.