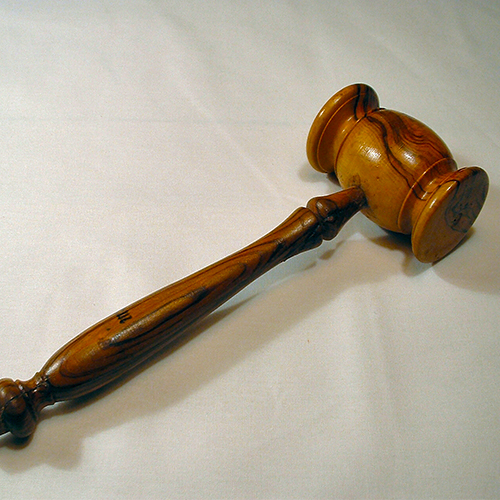 In Heffernan v.City of Patterson, the U.S. Supreme Court held that when an employer demotes an employee out of a desire to prevent the worker from engaging in protected political activity, the employee is entitled to challenge that unlawful action under the First Amendment and 42 U.S.C. § 1983, even if the employer’s actions are based on a factual mistake about the employee’s behavior.

The Facts of Heffernan v City of Paterson

Jeffrey Heffernan, a police officer in Paterson, New Jersey, was observed obtaining a local mayoral candidate’s campaign sign. Despite his claims that he was picking up the sign for his sick mother, Heffernan was demoted for his “overt[] involvement in a political election.” Heffernan filed suit under 42 U.S.C. § 1983 against the City of Paterson and several government officials. The suit alleged claims for (1) retaliatory demotion based on Heffernan’s exercise of the right to freedom of speech, and (2) retaliatory demotion based on his exercise of the right to freedom of association.

Ultimately, the district court dismissed the claims, concluding that Heffernan had not been deprived of any constitutionally protected right because he had not engaged in any First Amendment conduct. The Third Circuit Court of Appeals affirmed.

The Majority Decision in Heffernan v City of Paterson

The Supreme Court reversed by a vote of 6-2. Justice Stephen Breyer wrote on behalf of the majority.

In reaching its decision, the majority focused on the employer’s motive and the facts as it reasonably understood them (even if incorrect). It also assumed that the activities that Heffernan’s supervisors mistakenly thought he had engaged in are of a kind that they cannot constitutionally prohibit or punish.

The majority specifically cited its decision in Waters v. Churchill, 511 U. S. 661, where a government employer’s adverse action was based on a mistaken belief that an employee had not engaged in protected speech. In that case, the Supreme Court determined that the employer’s motive, and particularly the facts as the employer reasonably understood them, mattered in determining that the employer had not violated the First Amendment.

The government’s motive likewise matters here, where respondents demoted Heffernan on the mistaken belief that he had engaged in protected speech. A rule of law finding liability in these circumstances tracks the First Amendment’s language, which focuses upon the Government’s activity.

Moreover, the constitutional harm— discouraging employees from engaging in protected speech or association—is the same whether or not the employer’s action rests upon a factual mistake. Finally, a rule of law imposing liability despite the employer’s factual mistake is not likely to impose significant extra costs upon the employer, for the employee bears the burden of proving an improper employer motive.

The Dissent in Heffernan v City of Paterson

Justice Clarence Thomas authored a dissenting opinion, in which Justice Samuel Alito joined. The dissenting justices maintained that Heffernan’s Section 1983 claim must fail because he could not establish that his employer actually interfered with his Constitutional rights.

“The city’s attempt never ripened into an actual violation of Heffernan’s constitutional rights because, unbeknownst to the city, Heffernan did not support Spagnola’s campaign,” Thomas stated.